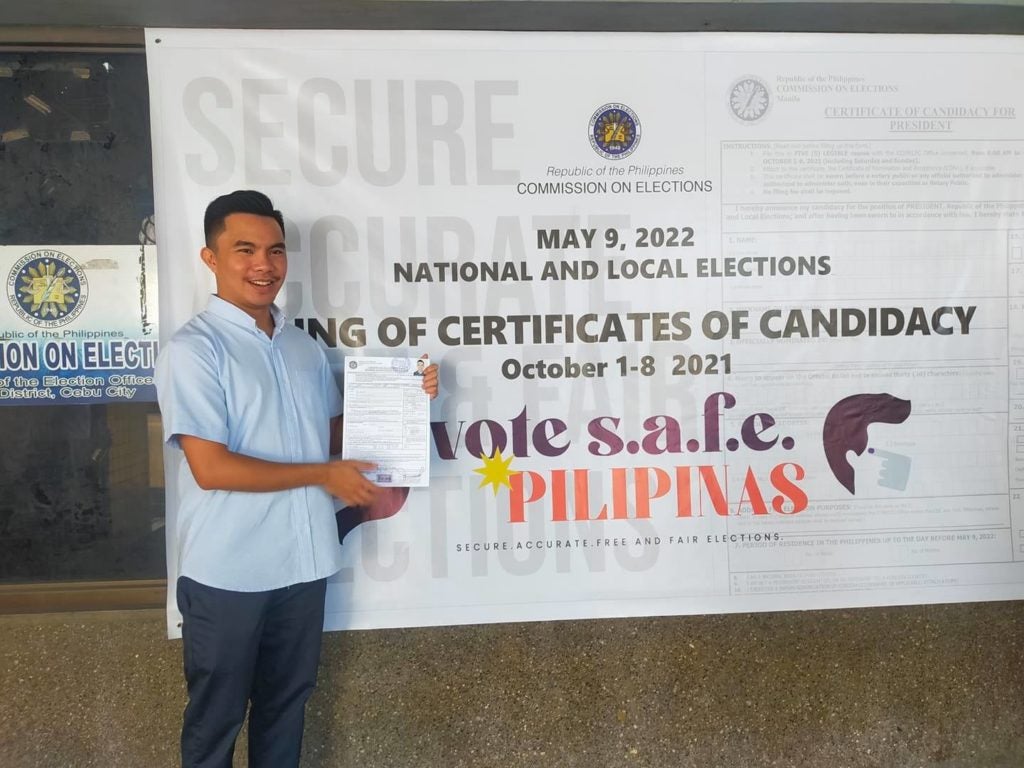 PROMDI Party’s Gian Aznar is the first Cebu City candidate to file his Certificate of Candidacy at the Commission on Elections (Comelec) District Office around 9 a.m. on Friday, October 1. Aznar is seeking a council seat in the city’s North District next year.    | Derycka Letigio #CDNPiniliay2022

CEBU CITY, Philippines — A candidate from the PROMDI party, who is running for North District Councilor, is the first to file his Certificate of Candidacy (COC) on October 1, 2021, in Cebu City.

Gian Aznar, 31, from Barangay Sambag II, has filed his candidacy at the Commission on Election (Comelec) District Office around 9 a.m.

He said his headquarters was nearby so he has decided to file today.

“For the past five months, I have been going around Cebu City and I have seen the reality. To show my intent to the people of Cebu, I will file on the first day,” said Aznar.

The candidate said that if he should win a spot in the City Council, he will focus on the pandemic response so that the economic struggles of the residents will be alleviated.

Comelec North District Officer, Lawyer Chauncey Boholst, said that as much as they wanted to start the filing at exactly 8 a.m., the set up of tents and chairs outside took time.

He said there had been a slight miscommunication at the time of the setting up, but fortunately, it was completed.

As of 10:30 a.m., the setup is ready to accept candidates, but no other candidates have filed so far.

Boholst reminds residents that other services are temporarily suspended for now including the application for voter registration, transfer of registration, and correction of documents.