This is the question everyone on the internet has been asking after Miss World Philippines Tracy Maureen Perez fell twice while on the stage.

Perez first fell off some flight of stairs before the announcing of winners.

Some are saying she might have slipped on the edge of the platform after fixing her stance.

How is she? LOOK: Netizens have expressed their concern for newly crowned Miss World Philippines Tracy Maureen Perez who slipped on the stage twice during the coronation night on Sunday. In this video uploaded on Twitter, Perez lost her balance before the announcement of winners was made. She again lost her balance shortly after she was crowned Miss World Philippines 2021.Basin og gi kapoy lang gyud ni siya after all the pageant preparations.Amping kanunay, Tracy!via Twitter #CDNDigital

After being crowned as the new Miss World Philippines, she fell anew and as she took her first walk as this year’s winner.

Falling once is something, but, twice? That’s something else, don’t you think?

Netizens are wondering if the organization has taken these falls seriously. 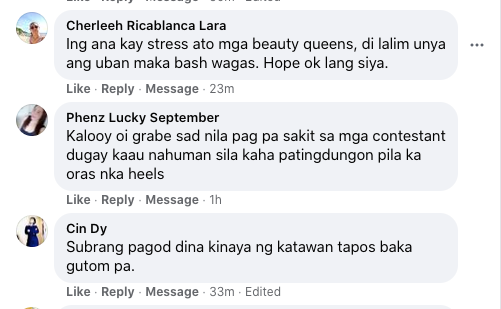 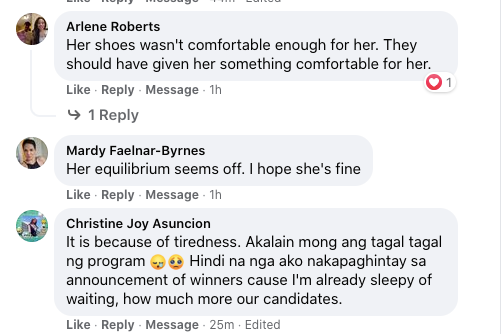 People are saying the ladies might have experienced fatigue or exhaustion after having to stand on high heels for almost six hours.

Miss World Philippines or Tracy Maureen Perez have not yet issued an official statement regarding the incidents.