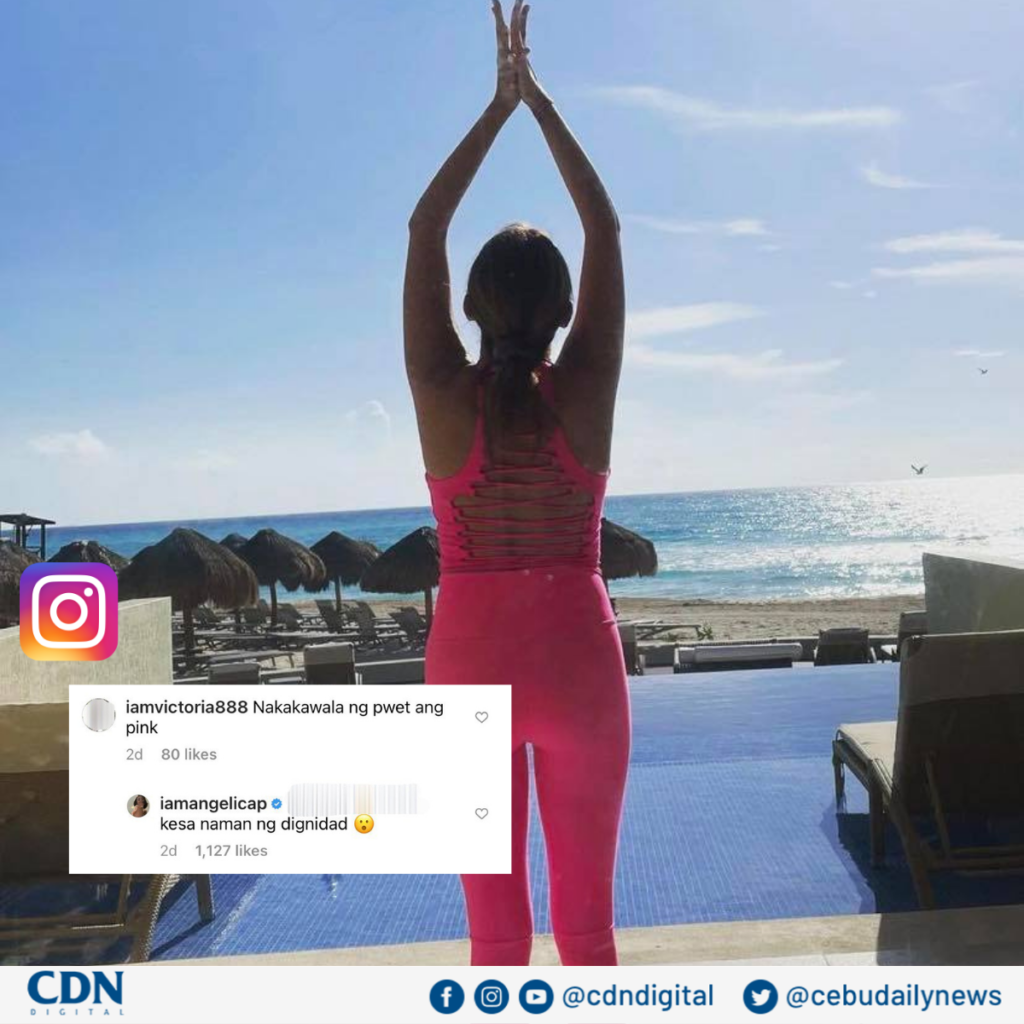 DALAGUETE, Philippines—Angelica Panganiban has always been real about her own body figure but that doesn’t exempt her from having bashers.

This time, she is not letting it slip off the hook.

Panganiban fired back at an Instagram follower after commenting about her body in a photo she uploaded Friday, October 8, 2021.

The 34-year-old actress posted a photo of her in a mountain pose showing off her curves in a warm pink yoga outfit.

Angelica replied to the user with, “kesa naman ng dignidad.”

Her comment stirred her supporters and followers, who defended the actress from the alleged body shaming.

Angelica Panganiban to boyfriend on his birthday: ‘Araw-araw kitang aalagaan’