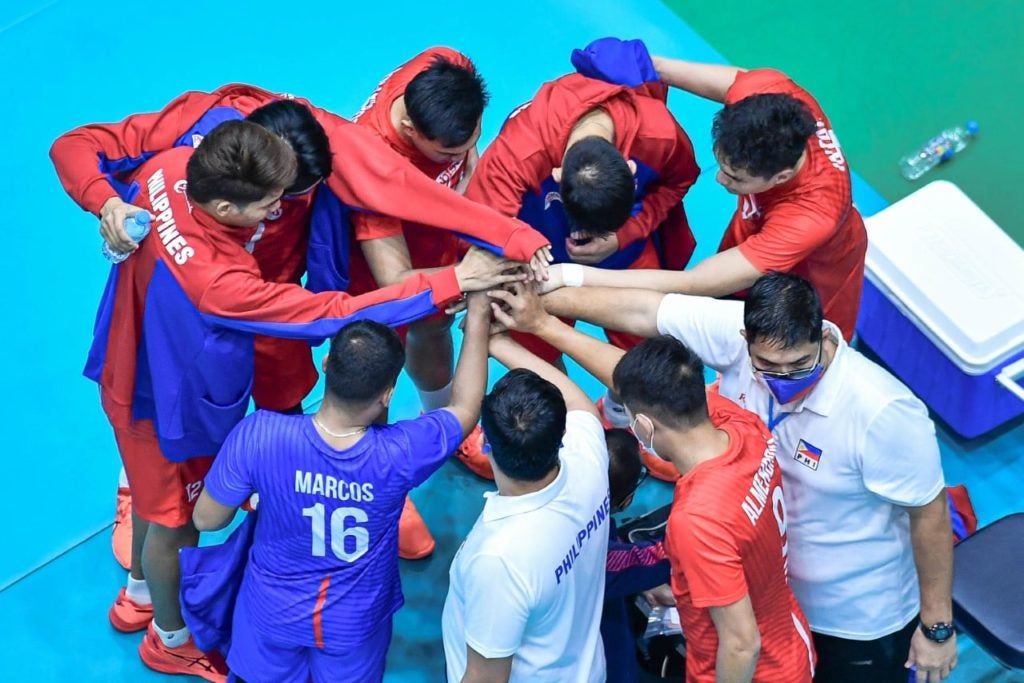 Team Rebisco Philippines are in huddle during a time-out in their match against Al-Arabi Sports Club in the ongoing 2021 Asian Men’s Club Volleyball Championships on Oct. 10. | Photo from AVC Facebook page.

This after, they lost to Qatar’s Al-Arabi Sports Club, 0-3, to remain winless after three matches in the preliminary round of Pool B.

The Qatari spikers were relentless against Team Rebisco, winning all three sets in dominating fashion, 25-19, 25-15, and 25-19.

“Everyone is hungry to play and we are doing our very best,” said Sumanguid.

“We are doing a lot of sacrifices with our time and away from our families … you can really see our hunger to excel,” he said. “Every time Coach Dante [Alinsunurin] fields us in, he reminds us to do our best, to grab that opportunity.”

“We’re like a family, we’re like brothers. I am really happy that our bench is full of players who can step up and are willing to work super hard,” he added.

“I commend his court sense and you really saw how veteran he is when it comes to ball distribution,” said Alinsunurin.

The team is playing against Thailand’s Diamond Food Volleyball Club as of this writing.

Read Next
In Cebu City, adolescents with co-morbidities to be prioritized for vaccines