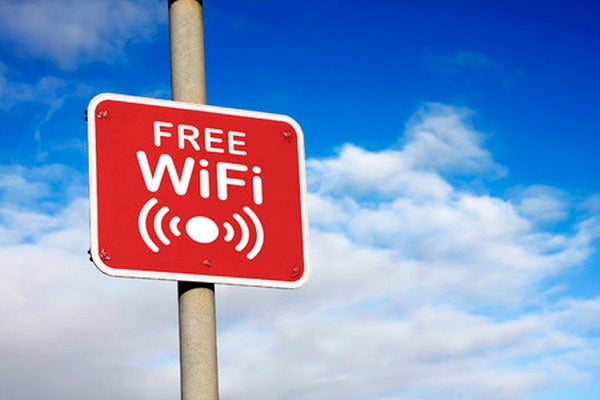 The government is targeting to set up 10,000 more Wi-Fi hot spots all over the country. INQUIRER.NET FILE PHOTO

This as the Cebu City Council passed an ordinance authored by Councilor Eduardo (Edu) Rama, Jr., that would establish internet access points funded by the city government.

Before the ordinance was passed, internet access points in the 20 pilot barangays was funded personally by Rama in partnership with telecommunication companies.

With the ordinance passed, the program is assured of sustained funding through the city government Management Information and Computer Services (MICS) Department, where the budget will be taken.

The ordinance mandates that there should be one internet access point per barangay and must be situated near the barangay hall and shall be placed under direct control of the barangay chief.

The ordinance stipulates that, “All constituents in the Barangay shall be allowed to access free wireless internet connection in the Barangay Internet Access Points which are subject to rules and regulations established by the said Barangay.”

The funding for the program should at least be P8 million per year, subject to the approval of the City Council.

Rama said in a statement that the ordinance was a dream come true as connectivity is at its highest demand during the pandemic, as most people work and study at home online.

The ordinance awaits the signature of either Mayor Edgardo Labella, should he return from his indefinite leave, or Acting Mayor Michael Rama in his behalf.

Read Next
PWD sakay for free launched in Cebu