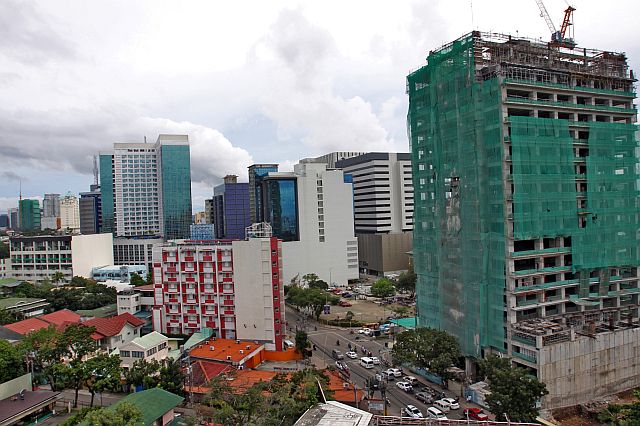 Cranes seen on top of buildings being constructed in Cebu are a sign of the booming real property sector. CDN FILE PHOTO 2017

CEBU CITY, Philippines – Starting Wednesday, October 20, 2021, the entire island of Cebu will be shifting to the new Alert Level system of the Inter-Agency Task Force for the Management of Emerging Infectious Disease (IATF).

Presidential Spokesperson Harry Roque on Tuesday, October 19 announced that the IATF decided to expand its implementation of the new alert level system in areas outside Metro Manila.

Other areas in the country that will be adopting the new classifications included Negros Oriental and Davao Occidental, both under Alert Level 4, and Cavite, Laguna, Rizal, Siquijor, Davao City, and Davao del Norte which belonged under Alert Level 3.

These new classifications are expected to last until October 31.

The new alert level system by the national government’s anti-COVID task force was first introduced in Metro Manila on September 16.

In a nutshell, the lower the number of the alert level, the more relaxed the restrictions are. This means that Alert Level 1 is the most lenient while Alert Level 5 is strictest.

Based on the latest resolution from the IATF, banning certain age groups, particularly minors and senior citizens, from going outside their houses will be lifted in areas under Alert Level 2 unless the local governments say otherwise.

Intrazonal and interzonal travel will still be allowed, and local government units (LGUs) are given the discretion to impose regulations and restrictions, provided that these are not stricter than those found under Alert Level 4.

Furthermore, the following establishments or activities are allowed to operate at a maximum of 50 percent for indoor and 70 percent for outdoor:

However, the abovementioned establishments will only accommodate fully vaccinated individuals and minors below 18 years old, even if unvaccinated, and only if all of their workers are already inoculated and minimum health protocols are in place.

In addition, agencies and instrumentalities of the government shall remain to be fully operational and shall adhere to at least 50 percent on-site capacity while applying work-from-home and other flexible work arrangements.

On the other hand, casinos, horse racing, cockfighting and operation of cockpits, lottery and betting shops, and other gaming establishments are still not allowed to operate unless authorized by the IATF or the Office of the President. / with reports from INQUIRER.net

READ FULL GUIDELINES FROM THE IATF

Metro Manila to be under Alert Level 4 starting Sept. 16 — Año