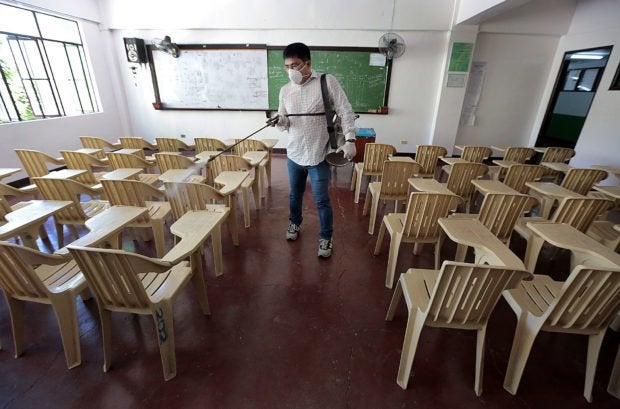 CEBU CITY, Philippines – From an initial list of 12, only eight public schools in Central Visayas were selected to proceed with the pilot implementation of the limited face-to-face classes, the Department of Education (DepEd) announced.

DepEd Asec. Malcolm Garma, in a virtual briefer on Tuesday, October 19, announced that the number of schools identified to resume the limited in-person classes this November 15 was reduced from 59 to 30.

In Central Visayas, only eight passed, and all are in Cebu province.

DepEd also reported that as of October 13, a total of 65 out of 96 personnel in Central Visayas, both teaching and non-teaching, who were assigned to the selected schools have already been vaccinated.

Garma said a total of 638 schools nationwide applied to join the pilot implementation for the return of face-to-face classes.