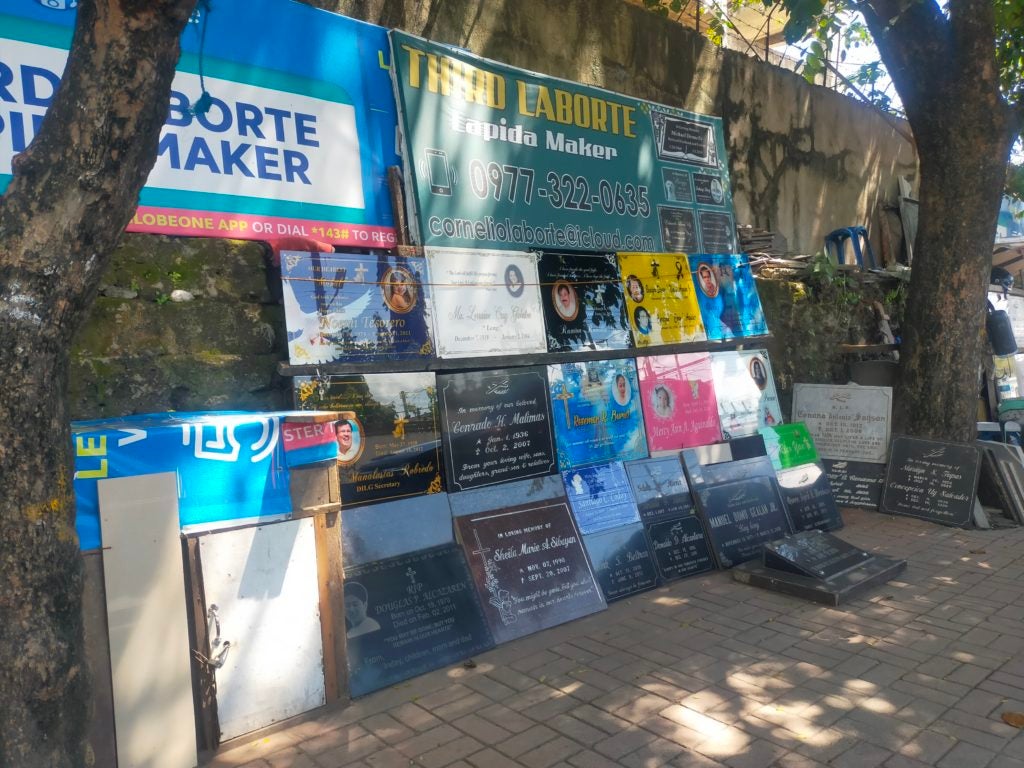 Displayed tombstones at the Carreta Cemetery.

CEBU CITY, Philippines — Cebu City Councilor David Tumulak said he will find a way to help vendors who will be affected by the restrictions set for cemeteries.

However, the vendors appealed for aid because the restrictions set by the city government for them still gravely affect their trade, which is only booming once a year during this season.

One of the vendors in the Carreta Cemetery said that sales are lower when they are staying outside because people will end up bringing their own flowers and candles already as they expect that vendors are no longer present.

For painters, tomb cleaners, and tomb makers, their profits will once again be affected as their services cannot be availed from October 25 onwards, since cleaning and other tomb maintenance will no longer be allowed.

Tumulak said he will be lobbying for aid to the vendors and he hopes his fellow City Council members and Acting Mayor Michael Rama can respond to the appeals of these vendors. /rcg