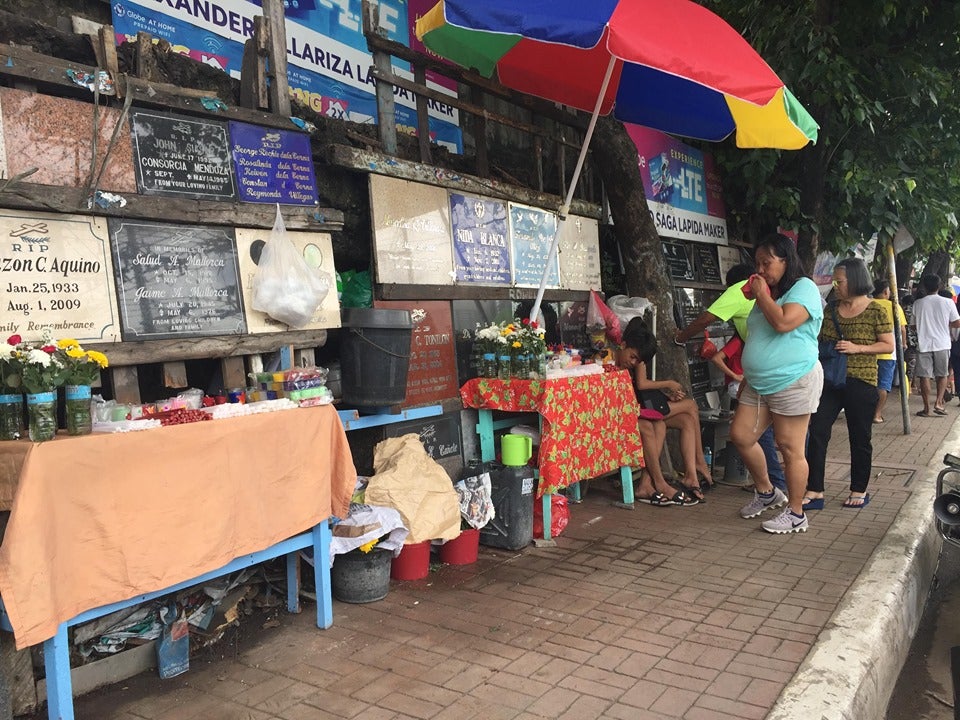 Vendors will be strictly off-limits inside Cebu City cemeteries during the observance of Kalag-Kalag 2021. CDN Digital file photo

MANDAUE CITY, Cebu – Vendors will not be allowed to do business inside the cemeteries during the observance of All Saints’ Day and All Souls’ Day in Cebu City, the head of the Cebu City Prevention, Restoration, Order, Beautification, and Enhancement (PROBE) team said.

Raquel Arce, in a press conference on Thursday, October 14, emphasized that vendors are still allowed to do their business on November 1 and 2, but only outside the cemeteries or at the sidewalks.

Arce said they came upon this decision since there is only a maximum capacity of 70 percent for cemeteries, hence the need to keep the vendors outside.

She added that they are currently doing daily clean-up and clearing operations inside the cemeteries for structures built by the vendors.

And while there are still quarantine violators apprehended, Arce said that those who opted to do community service instead of paying the P1,000 fine will be asked to help clean the cemeteries.

Arce also noted that there is a need to have a free flow for the entrance and exit points in the cemeteries to avoid possible COVID-19 transmission.

Apart from that, Arce also urged visitors not to stay long at the cemetery in order to give time for others to get inside.

Once the proposed 12-hour cemetery visit, or from 6 a.m. to 6 p.m. on these days will be approved by the Emergency Operations Center (EOC), Arce said they might limit the visitation time to a maximum of 30 minutes.

Meanwhile, The Cebu City Transportation Office (CCTO) will not be imposing a rerouting scheme on the roads along the city’s 21 cemeteries.

Lyntoni Alburo, CCTO officer-in-charge, said rerouting is not applicable in the conduct of such activities, but stressed that vehicle owners will have to park at designated parking areas near the cemeteries.

Parilla: Security preps for All Saint’s, All Soul’s Day depend on IATF guidelines