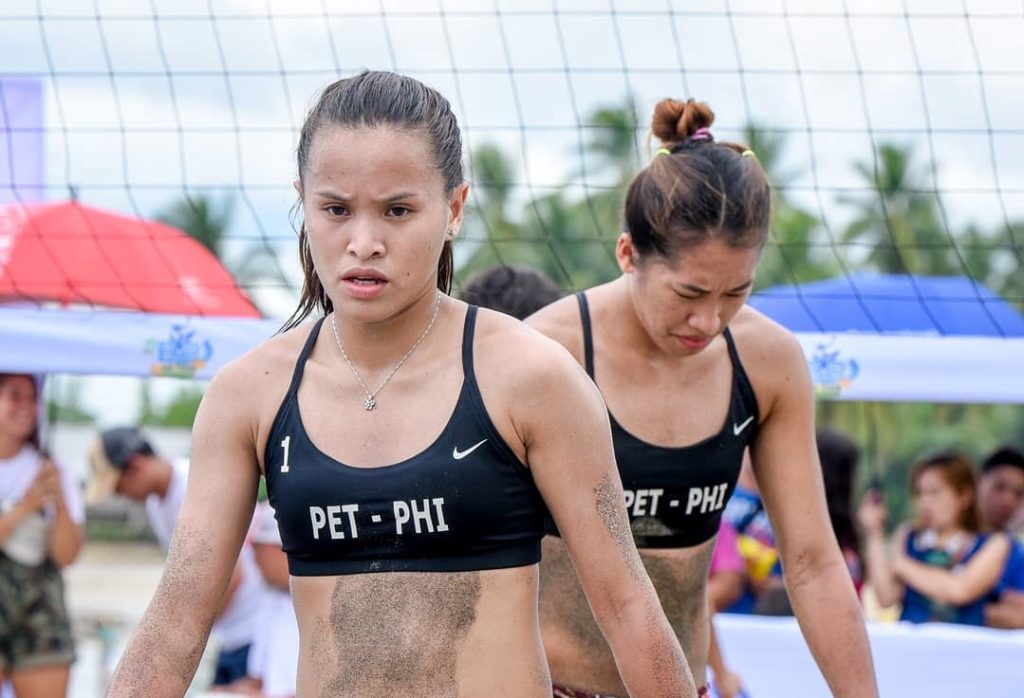 Sisi Rondina (front) and her partner Bernadeth Pons during one of BVR’s tournaments in 2019. | Photo from BVR’s Official Facebook page.

CEBU CITY, Philippines — Cebuana volleyball sensation Cherry Ann “Sisi” Rondina is getting herself used to playing a beach volleyball tournament without an audience cheering on the sidelines.

Rondina who will pair up with her long-time partner Bernadeth Pons will play for Creamline 1 in the bubble set up tournament of the Beach Volleyball Republic (BVR) On Tour leg one tomorrow, Friday, October 22, 2021.

Last June, they represented the country in the Asian Volleyball Confederation (AVC) Continental Cup in Thailand that served as the Tokyo Olympic qualifiers.

This time, the vaunted duo will compete in BVR as part of their preparations for the Asian Seniors Beach Volleyball Championship set from November 23-27 in Phuket, Thailand.

A total of 13 pairs will see action in the women’s division for the tournament that will mark BVR’s return after a two-year hiatus.

“This tournament is all about another learning experience. We are happy that BVR is back,” said Rondina, who won the tour’s last leg in Lianga, Surigao del Sur with Pons in September 2019.