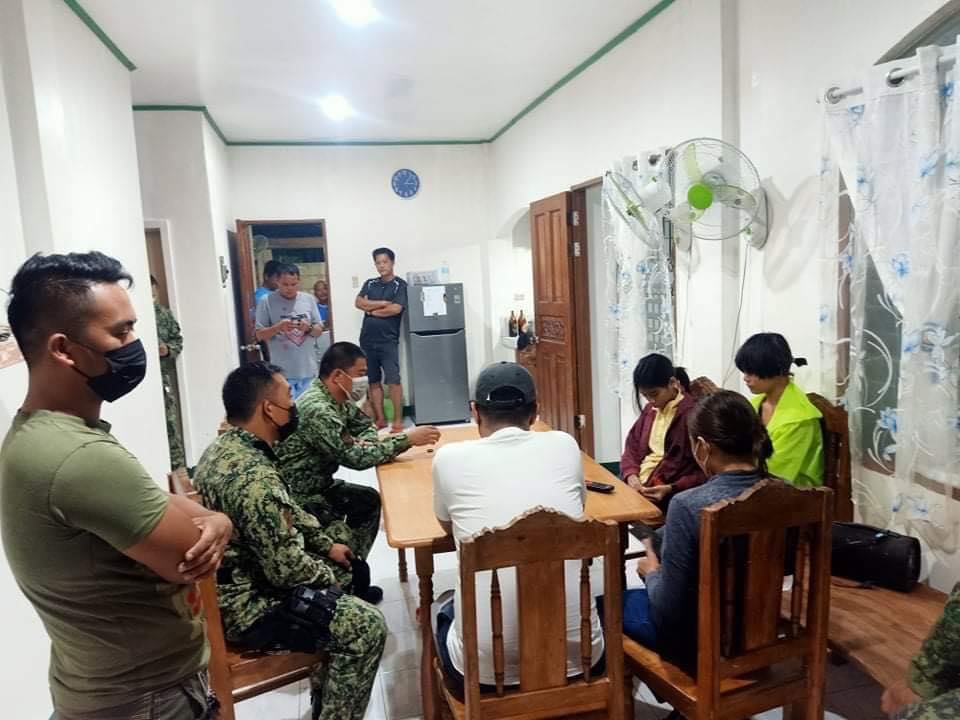 Police rescued on Friday the two minors who were reported missing at a pier in Samboan town, western Cebu. | Photo courtesy of Talisay City Police Station

CEBU CITY, Philippines –The two minors who were reported missing on Monday, October 18, were rescued by the police around 2:00 a.m. today, October 22, in San Sebastian, Samboan town, western Cebu as they were about to board a vessel bound for Negros Oriental.

Police Lieutenant Colonel Gerald Ace Pelare, Talisay City Police Station chief, said that the rescue of Mikaela Ayesha Alam-Alam, 12, and Jea Mae Abellana, 13, in Samboan town stemmed from the information that they received from a social media friend of one of the girls whom they contacted for possible leads.

Pelare further said that they are still conducting further investigation to identify and locate the possible person who allegedly encouraged the minors to leave their homes.

The police are also verifying reports that this has something to do with illegal recruitment.

Pelare added that they are looking into a personality who was included in the Facebook group chat that the two girls were also part of. Pelare identified this person as a certain “Scarlette.”

Sheila Ann Alam-Alam, the mother of Mikaela, said that her daughter admitted that she did this because she felt like she was being left out. She was reportedly disappointed since her parents no longer have time for her.

Sheila Ann said that Mikaela was their only child for almost 12 years until she gave birth to another baby who is now one year old.

Sheila Ann also said that Jea told her that she also left her home in barangay Suba in Cebu City because she has done something wrong.

Sheila Ann said that the two first went to Toledo City to process their documents in going to Negros. However, they were asked for a Swab result there so they went to Samboan where they were found.

Sheila Ann further said that Jea has P15,000 with her which the two reportedly used for their expenses. Mikaela, on the other hand, only has P300.

Sheila Ann added that Jea’s money was from her savings fund left by her deceased mother.    /rcg

READ: Parents of missing 12-year-old girl ask public to help them find her