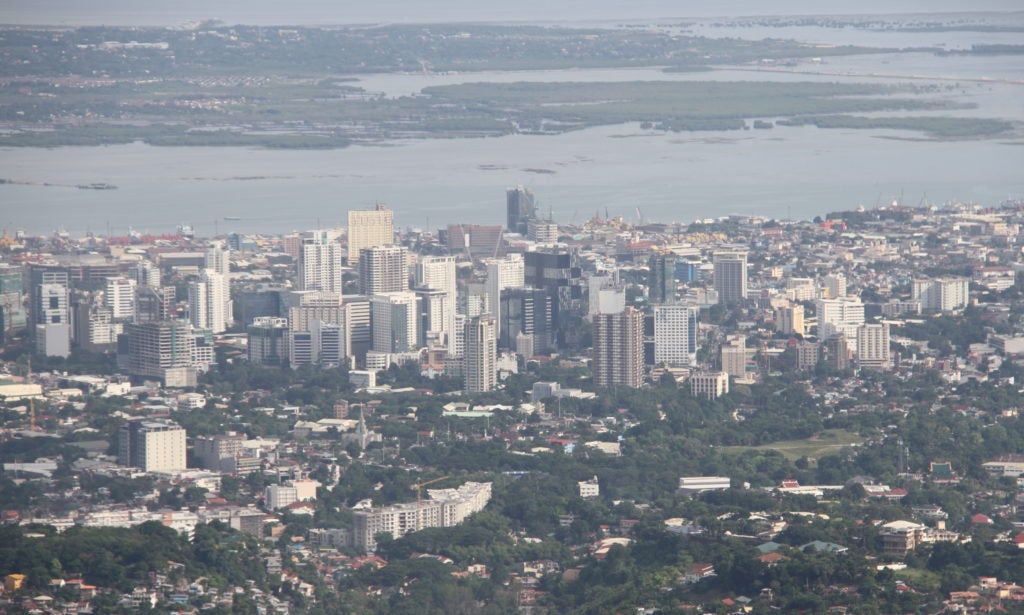 MANDAUE CITY, Philippines — A presidential aspirant is promising to continue to develop Cebu as an economic hub by building more infrastructure to help it to grow further.

Marcos said that should he be elected as president of the Philippines in next year’s election, then Cebu would be an important part of his development plan of the country.

“I think Cebu is right, ang mga Cebu (those from Cebu) have a strong entrepreneurial spirit that we can take advantage of in making better deals with public private sectors sharing,” he said.

“So that it is going to be important to have Cebu as part of the plan because Cebu has always had entrepreneurial tradition in all of the Philippines. So that development should be felt as soon as we can bring the economy back from the pandemic,” he said.

Marcos, who made a courtesy call to Cebu Governor Gwendolyn Garcia at the Capitol this afternoon, October 22, admitted that he was seeking endorsement from everyone including Garcia.

But Marcos said one of the things that they discussed was about the things that had happened in the province and how the actions of the governor became advantageous to its constituents.

As a former governor himself, the presidential aspirant said he was congratulating Garcia for being such a good and strong local government leader and her way of handling of crisis.

“As a former governor myself, I’m always watching to see what my fellow governors are doing. One of the things that we talked about, I was congratulating her for being such a good and strong LGU leader and her handling of the pandemic and all of their crises that we have been facing related to that,” he said.

“But you know, if I’m in Cebu, I would always come and visit the governor and make a courtesy call to her. It’s been a long time since I last saw her and so I am very happy to see her again…. Nagchismis lang naman kaming dalawa kung ano yung mga bali-balita (We just engaged in chitchat and talked about the news) and what’s going to happen and all of that,” he added.

While admitting that Cebu is very important, noting its leadership in terms of opinion generation, Marcos clarified that his discussions with the governor was not really just about elections.

“I just informed and consulted the governor about my plans of what I will do in Cebu to campaign and to organize here,” he said.

Marcos even said that he had no running mate and a slate yet as they had yet to finalize everything after the substitutions of candidates on November 15.

READ: Marcos to finalize slate after the candidate substitution period

Garcia, for her part, said that they had been friends with the presidential aspirant a long time and that during his visit, the latter reportedly asked permission if he could go around the province to campaign.

“We have been friends for a long time ago. He’s a former governor. He understands the responsibilities and the expectations of governors, and if you would recall, it was my third term, we have a sisterhood agreement with the province of Ilocos Norte. In fact, I visited Ilocos Norte I think twice. The governor then was Governor Imee Marcos,” said Garcia.

“He also asked permission if he may go around Cebu and of course, I said, yes, how could I say no? Cebu and Ilocos are sister provinces. He even said that Ilocanos are Cebuanos of the North, and the Cebuanos are the Ilocanos of the South kay puros man ta kuripot (because we are thrifty),” the Governor Garcia added.

Ferdinand “Bongbong” Marcos Jr. is the son of the late dictator Ferdinand Marcos. He is a former senator, who ran and lost the vice president’s post to Leni Robredo in the 2016 elections.

He protested the results ever since, but his electoral complaint was dismissed by the Supreme Court, who was sitting as the Presidential Electoral Tribunal or PET.

Aside from being a former senator, he was also a former vice governor and a former governor of Ilocos Norte.

In this coming 2022 elections, Bongbong Marcos, who is running under the Partido Federal ng Pilipinas (PFP), is aiming for the presidency of the Philippines. | with Inquirer report

Read Next
CHED-7 to HEIs: Get your students vaccinated