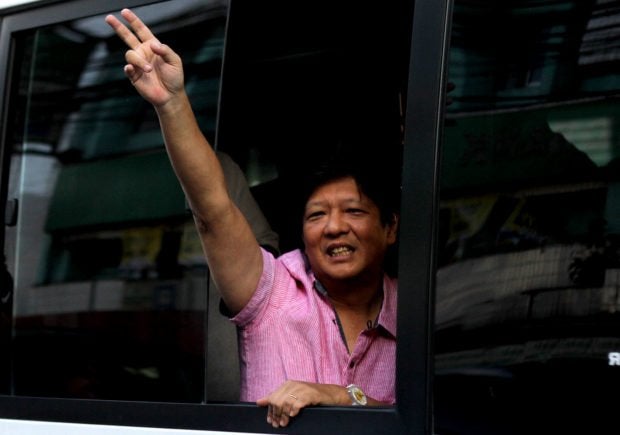 MANILA, Philippines — The son of late dictator Ferdinand Marcos will run for president in 2022.

Former senator Bongbong Marcos declared his aspirations to become president of the country through next year’s elections during the inauguration of his official headquarters along Edsa on Tuesday.

He also made his announcement hours after he took his oath as a member of the Partido Federal ng Pilipinas (PFP).

“I am today announcing my intention to run for the presidency of the Philippines in the upcoming May 2022 elections,” said Marcos during a Facebook live.

“I will bring that form of unifying leadership back to our country,” he added.

Marcos has yet to name a running-mate.

Marcos ran for vice president in 2016 but lost to Vice President Leni Robredo. He has been protesting the election results ever since.

But his electoral complaint was eventually junked by the Supreme Court, sitting as Presidential Electoral Tribunal or PET.

Marcos was a one-term senator from 2010-2016 before throwing his hat in the vice-presidential contest in the May 2016 polls. His first crack at politics was when he became Ilocos Norte’s vice-governor at the age of 23 in 1980 while his father ruled the country under martial law.

He then became governor from 1983 until his father’s dictatorship was toppled through a bloodless revolution and the Marcos family was forced to leave the Philippines to go on exile in Hawaii in 1986.

When they returned in 1992, Marcos won as representative of Ilocos Norte’s second district. From 1998-2007, he served as governor of Ilocos Norte for three consecutive terms.

He returned to Congress in 2007 before he ran and won a seat in the Philippine Senate in 2010.

Student organizations, fraternities, sororities, and other youth groups in the University of the Philippines Manila have banded together to oppose the presidential bid of Marcos in the 2022 elections.

In a unity statement on Saturday, 31 youth groups in UP Manila said Marcos “has no significant achievements on his own” and has banked on the “so-called accomplishments” of his father to support his political career.

The regime of his father Ferdinand was tainted by the declaration of martial law in 1972. The period was described as “dark days” in Philippine history as it was plagued with human rights violations and billions of dollars worth of plundered wealth.

While the Marcos family has continuously denied any wrongdoing, the matriarch Imelda has been found guilty over several counts of graft.