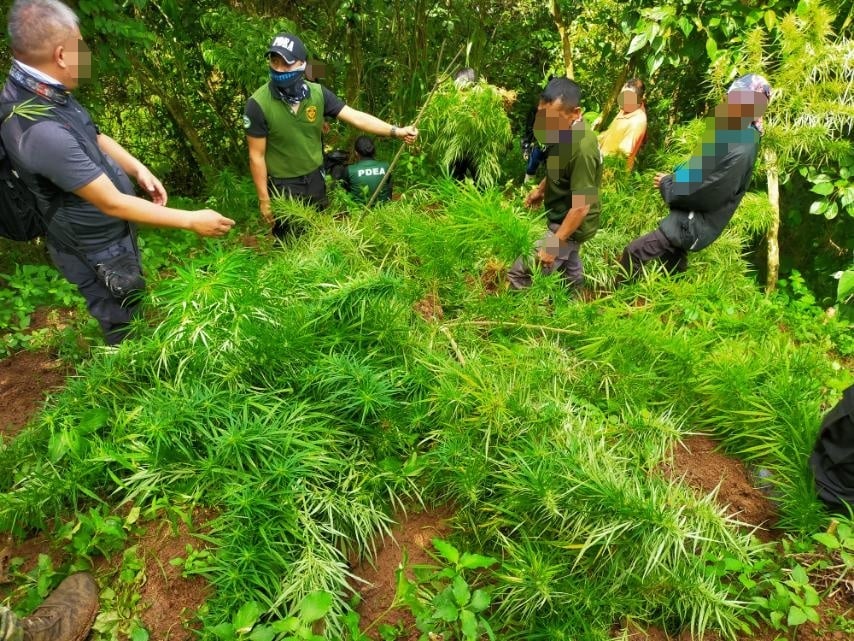 Authorities have uprooted a total of P20.6 million worth of marijuana plants in Balamban town and Toledo City on Saturday, October 23, 2021. | Photo courtesy of PDEA-7

Leia Alcantara, spokesperson of the Philippine Drug Enforcement Agency in Central Visayas (PDEA-7), said that two of the plantations were in Toledo City while one was in the town of Balamban.

However, they were unable to make any arrests since cultivators had already fled when law enforcers arrived.

Still, Alcantara said complaints for the violation of Section 16, Article II of RA 9165 of the Dangerous Drugs Act of 2002 will soon be filed against the three cultivators who were identified as Rodrigo Cabilles, Ernie Lazaga, and Enyoy Zabate.

On the same day, they also uprooted 25,000 talks of fully grown marijuana plants from a plantation in Sitio Hikapon, Barangay General Climaco in Toledo City.

Alcantara said the plants that were uprooted from a 1, 500 square meter property have an estimated value of P10 million.

Samples of the uprooted marijuana plants, Alcantara said, were already submitted to the PNP laboratory for testing while the rest were burned on-site.

Read Next
Oponganons given 254 slots in Tesda scholarship program