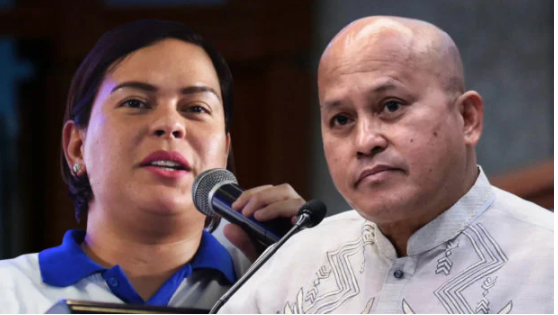 MANILA, Philippines — Presidential aspirant Senator Ronald “Bato” dela Rosa on Monday met with Davao City Mayor Sara Duterte-Carpio, where he reminded her that Nov. 15, the deadline for substitution of candidates for the 2022 elections, is “fast approaching.”

Dela Rosa shared the photo on Facebook and said he met with President Rodrigo Duterte’s eldest daughter at the Davao City Hall. 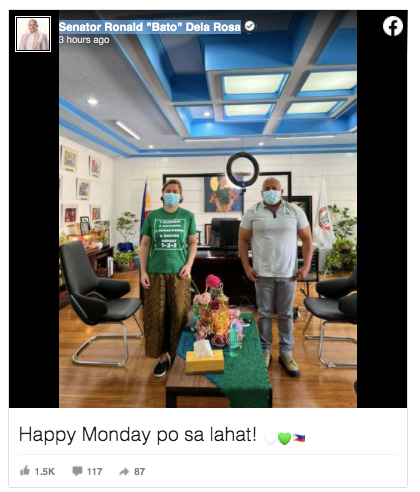 “Just reminded her that Nov. 15 is fast approaching,” he said in a message to reporters.

The Commission on Elections has set the deadline for candidate substitution until Nov. 15.

This, despite dela Rosa’s claims that he was not a mere placeholder for Duterte-Carpio, who was being wooed by his political party, the Cusi faction of PDP-Laban, to be its standard bearer.

Dela Rosa earlier admitted having been informed of the party decision to field him for president just mere hours before the Comelec closed the filing of certificate of candidacy for national and local elections.

Nevertheless, dela Rosa said he would be willing to give way should the presidential daughter decide to run for president.

The Davao City mayor, however, maintained she will only run for reelection in 2022.

Dela Rosa’s meeting with Duterte-Carpio came after the latter’s meeting with another presidential aspirant, Ferdinand “Bongbong” Marcos Jr. in Cebu on Saturday, during the birthday celebration of another solon.