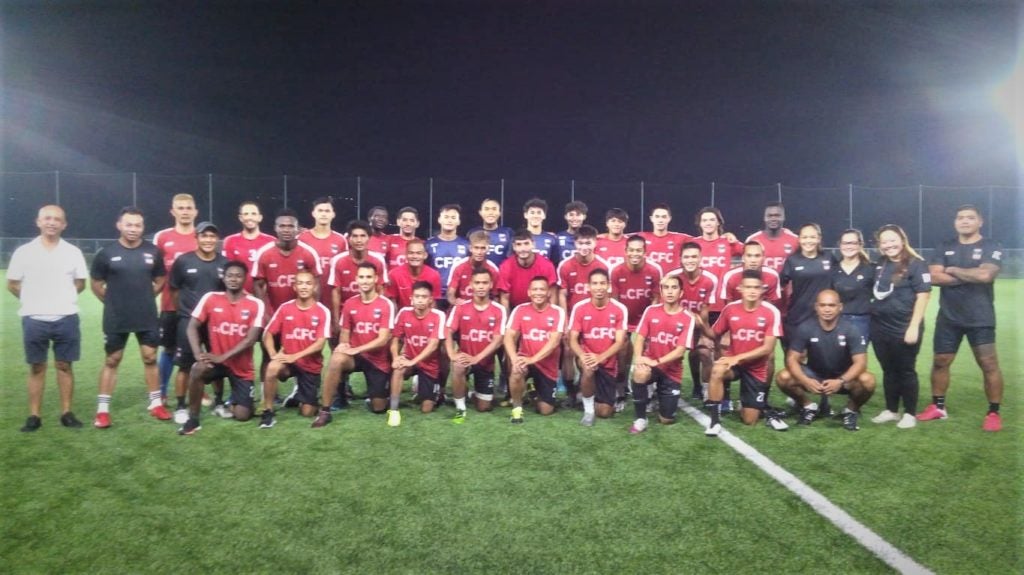 CEBU CITY, Philippines—The complete roster of the Dynamic Herb Cebu Football Club that will be vying in the “Copa Paulino Alcantara” tournament of the Philippines Football League was officially revealed.

CFC is scheduled to depart from Cebu to Carmona, Cavite on Tuesday, November 2, 2021, to make their much-awaited debut in the tournament slated to kick off on Sunday, November 7, 2021, at the Philippine Football Federation (PFF) national training center.

Homegrown Cebuano players make up most of the 26-man lineup of the CFC.

They are joined by Masbate’s John Renz Saldivar and Jeremiah Borlongan of Cagayan De Oro.

Their first match will be against Stallion Laguna FC on November 7 at 4 p.m. at the PFF national training center in Carmona, Cavite.

The team’s head coach is Oliver “Bing-bing” Colina, assisted by Ros Ton ‘Apol’ Bariñan, and goalkeeping coach Ref Cuaresma. The rest of the coaching staff that will join the club in the bubble are Physical Therapist Mark Uy, Carlo Sumayang as the conditioning coach, and kit man Jimmy Liman.