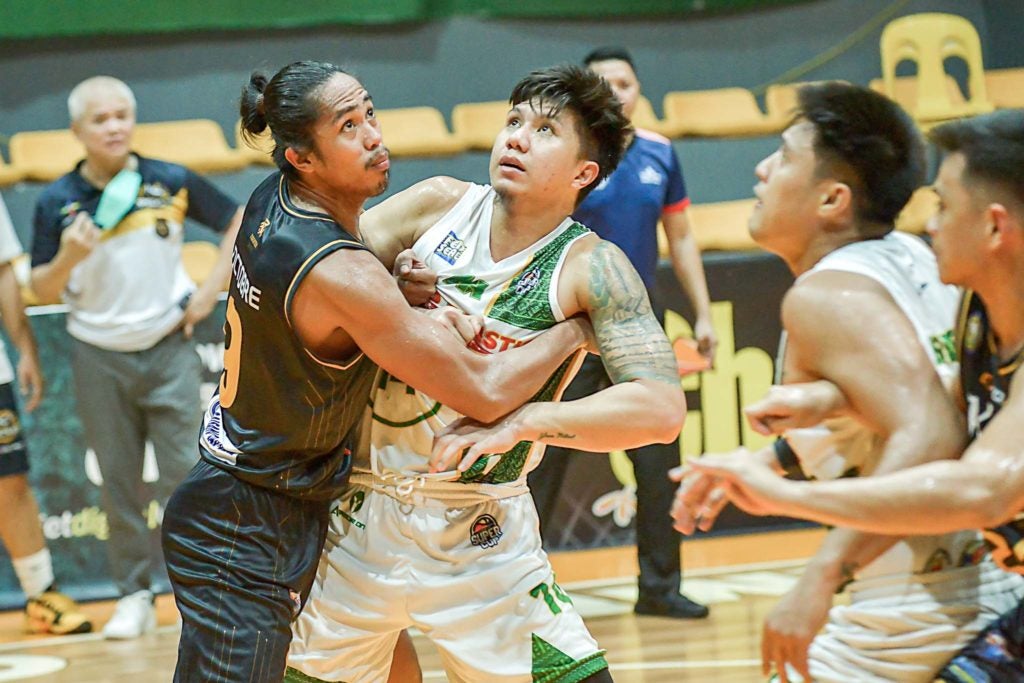 Rhaffy Octobre (left) and Michael Mabulac (right) battles for a rebound during their southern finals showdown of the VisMin Super Cup earlier this year. Octobre and Mabulac teams up with the Anak Mindanao Warriors-Zamboanga Sibugay. | Photo from VisMin Cup Media Bureau.

CEBU CITY, Philippines—- The Anak Mindanao Warriors-Zamboanga Sibugay is the newest team to join the Pilipinas VisMin Super Cup that will kick off on November 20, 2021 in Pagadian City, Zamboanga del Sur.

The league’s Chief Operations Officer (COO) Chelito Caro confirmed that the Anak Mindanao Partylist-backed basketball team had officially signed with the league and were expected to see in action in the upcoming second conference on Nov. 20.

(Zamboanga Sibugay is a strong team. Their coach is the former assistant coach of the Basiland Peace Riders, and they have a lot of good players.)

The team’s head coach is Arnold Oliveros, who served as the assistant coach to Jerson Allen Cabiltes of the formidable Basilan Peace Riders that swept both the Mindanao leg and the Southern finals in the inaugural conference.

(They are a strong team because they recruited Rhaffy Octobre and Michael Mabulac, and what is better about this is that the teams now are balanced because of the changes we made.)

Each team are limited to sign six players from Luzon while the rest should be composed of players from Visayas and Mindanao and homegrown players.

Plus, everyone in the team have an equal playing time after they’ve implemented changes for the playing five on the court.

Each team should field in a maximum of two players from Luzon, two from VisMin and one homegrown player per quarter.

In this case, Octobre and Mabulac’s signing with Zamboanga Sibugay is a huge boost for the team.

Caro said that the Anak Mindanao Warriors were the eighth team that confirmed their participation for the second conference.