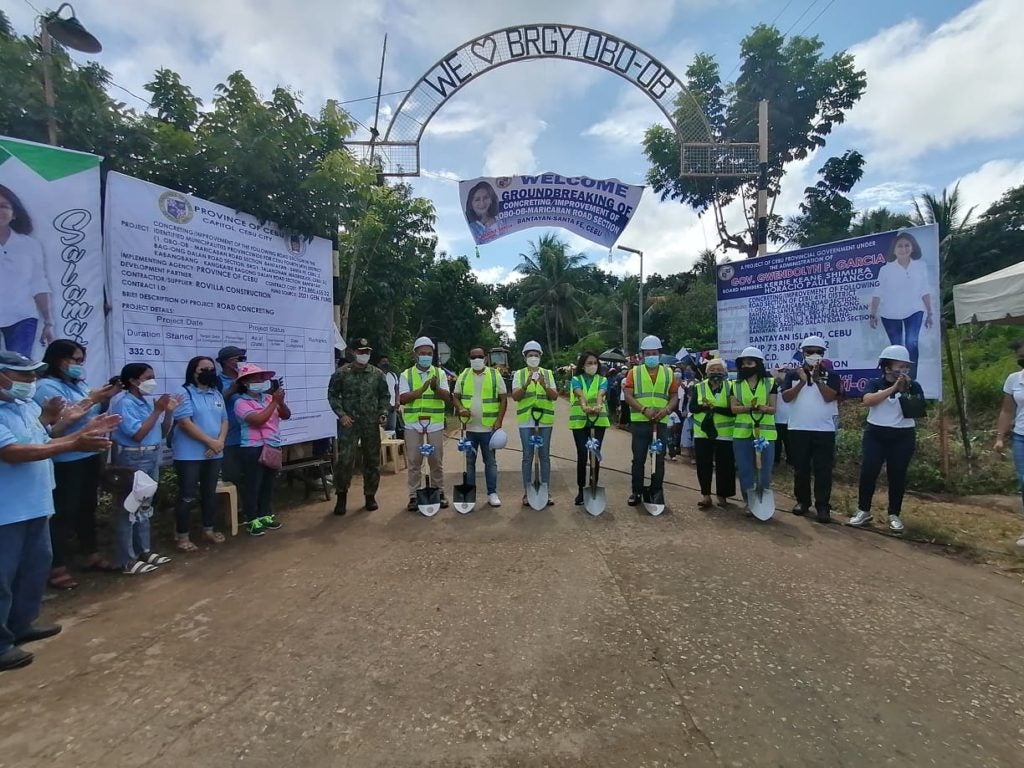 Cebu officials during the groundbreaking of the concreting of the Oboob – Maricaban road in Santa Fe, Bantayan on November 10.

Officials led by Gov. Gwendolyn Garcia were present during the whole-day inauguration ceremonies which took place in the towns of Santa Fe and Bantayan.

The Capitol’s first stop was the groundbreaking of the new Oboob-Maricaban Road located near the boundary of Santa Fe and Bantayan.

It will span 2.7 kilometers and is designed to provide motorists an alternative route in traveling to and from Santa Fe and Bantayan.

A short ceremony also marked the completion of concreting 200-meters of the Talangnan -Madridejos Barangay Road.

Garcia’s administration has been aggressively pushing to expand and improve the province’s existing road networks as part of its plans to revive the ailing economy.    /rcg

A sea port with waters like that of a swimming pool? Only in Bantayan Island