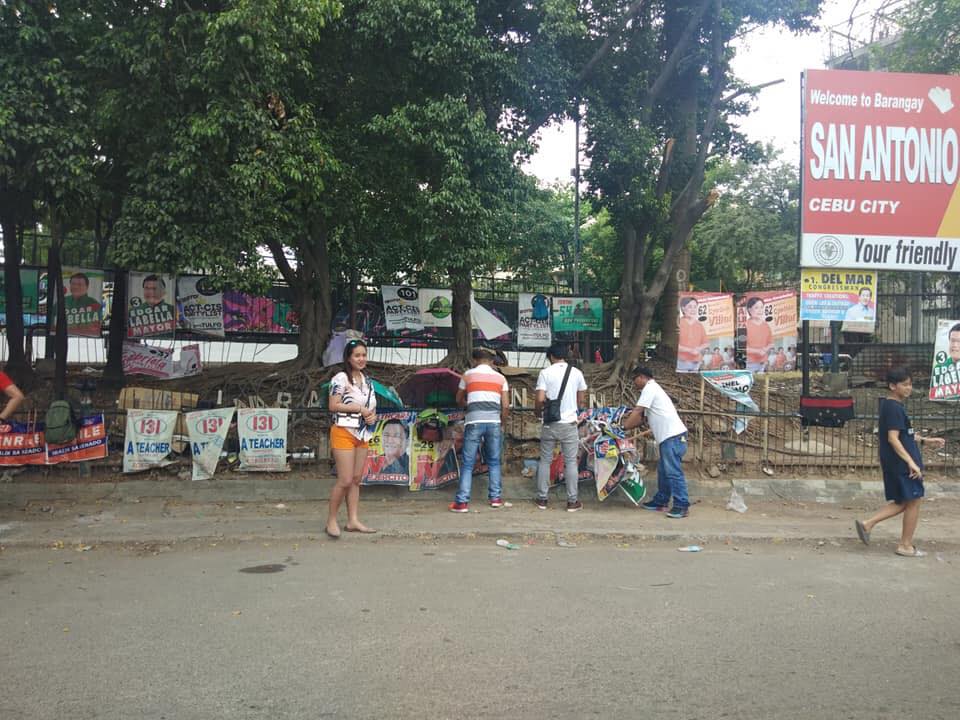 Police Colonel Josefino Ligan, Cebu City Police Office (CCPO) director, said that during the campaign period, which would be from January 9 to June 8, 2022, they would be giving police assistance to the Commission on Elections (Comelec) personnel should they ask for it especially since they had receive reports that the posters were illegally posted there.

However, they are still waiting for the official guidelines from the Comelec over this.

Some station commanders here in Cebu City said that they already had a meeting regarding this with the Comelec staff together with the city police officials on Friday, November 12, 2021, to lay down the guidelines and concerns in the upcoming election.

They will be assigned in securing the safety of personnel from the respective Local Government Units and from the Comelec, who will be the one taking down illegally posted campaign posters soon.

Police Major Janelito Marquez, chief of Labangon Police Station, for his part, said that their assistance would be crucial if there would be supporters who would oppose in taking down of the posters.

Marquez said that around four policemen would be deployed to help with the Comelec in securing their safety in this activity within their areas of jurisdiction.

If there are concerns regarding illegal postings, Llamedo said that the public might go direct to the Comelec office and the latter would be the one who would request for a police escort during the operation.

According to the Fair Elections Act under Section 9 or the Posting of Campaign Materials, it was stated that the Comelec may authorize political parties to create poster areas in a maximum of 10 public places namely plazas, markets, barangay centers, and the like wherein candidates can post their propaganda there. This, however, must follow the size of the poster areas not exceeding 12 by 16 feet.

Lawyer Omar Shalif Mamalinta, Cebu City election officer, said that they would be having a peace covenant signing on January 10, 2022.

However, Mamalinta said that this was a proposal yet and that they were doing this to encourage candidates to exercise a peaceful election here and also abide by the rules and regulations set by the Comelec.