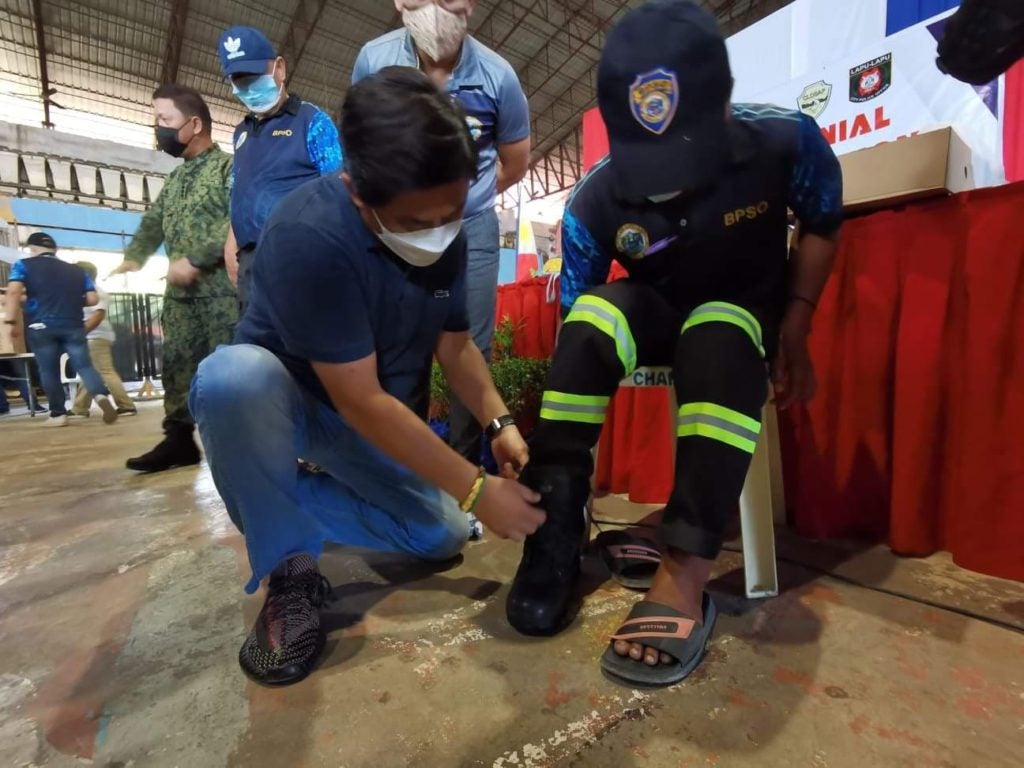 A Lapu-Lapu City barangay tanod (village watchman) puts on his brand new tactical shoes given by the local government.

LAPU-LAPU CITY, Philippines — Around 600 tanods (village watchmen) from different barangays in Lapu-Lapu City have received their new tactical shoes from the city government.

Garry Lao, head of the City of Lapu-Lapu Office for Substance Abuse Prevention (CLOSAP), said that that they started the distribution of the tactical shoes on Monday, November 15, 2021, for tanods from the mainland, while on Tuesday, November 16, 2021, tanods from the island barangays received theirs.

Lao said that they allocated close to P1 million for the purchase of the tactical shoes.

Last year, the city government has also distributed uniforms for the tanods.

Mayor Junard “Ahong” Chan, for his part, said that he also wants tanods in the city to look presentable so that the public would also respect them.

The mayor also plans to purchase handcuffs and batota for them next year and promised to increase their honoraria.

Currently, Lao said that tanods in the city are only receiving P500 as honorarium per month.     /rcg