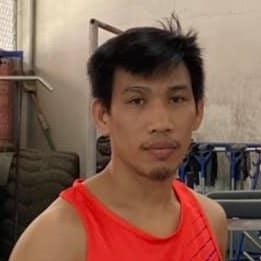 The 25-year-old Vicelles, the pride of Lebak, Sultan Kudarat, is scheduled to fight  Toto “Muscovado” Landero in a 10-rounder non-title showdown in the  co-main event of the fight card.

For Vicelles, it’s a crucial fight for him as he sets his eyes on the Oriental Pacific Boxing Federation (OPBF) light flyweight title currently held by Japanese Kenichi Horikawa.

“I trained very hard for this fight and I’ll do everything to win so I will earn a fight against the OPBF champion,” said Vicelles, who is currently the No. 1 light flyweight contender in the OPBF.

A win against Landero will likely improve his chances to fight Horikawa next year.

Vicelles is unbeaten with 14 wins, eight by knockouts, and one draw. He is the reigning Philippines Visayas Professional Boxing Association light flyweight champion.

“I expect a very good fight against Landero. I knoww he’s a very tough boxer that’s why I trained hard for this fight. If ever I win against Landero, I think I will be fighting the OPBF champion next,” said Vicelles.

Vicelles’s lone draw was in 2016 when he fought Rodel Kirk Pelenio in Balamban town, west Cebu. After that, Vicelles went on building his name as one of the country’s rising prospects.