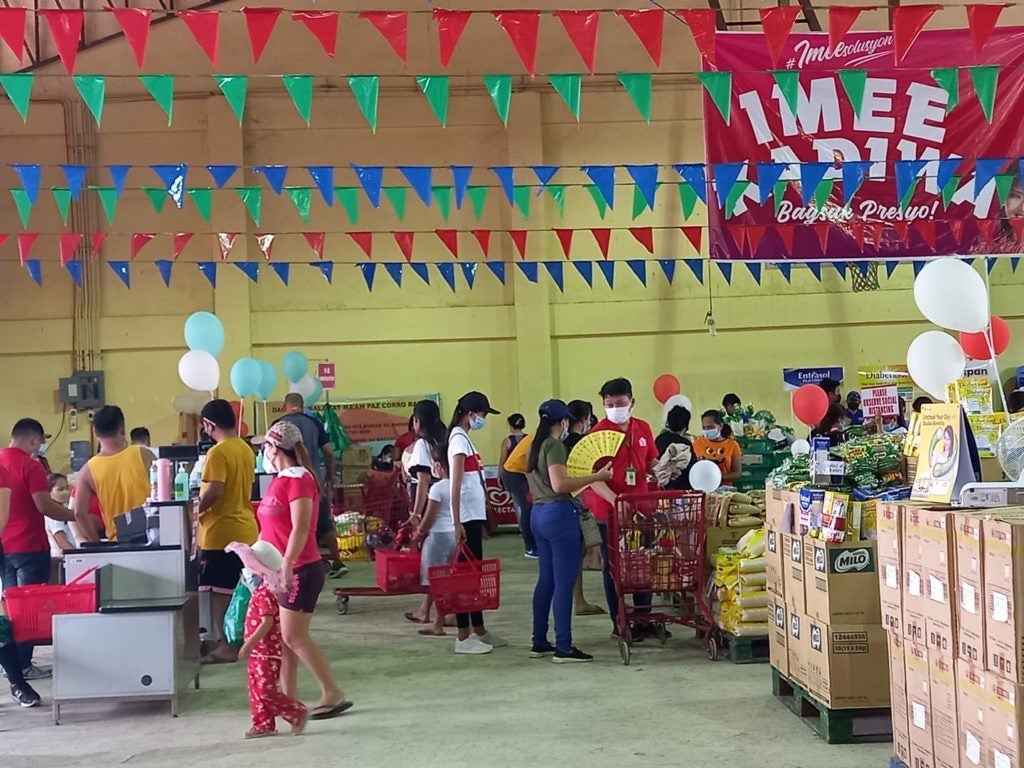 Oponganons flock to the Imee Kadiwa Bagsak Presyo Pantry at a gym in Barangay Buaya, Lapu-Lapu City over the weekend. | Mary Rose Sagarino

MANDAUE CITY, Philippines — Olango Island residents will have a chance to buy bargain-priced food products and goods from a large-scale pantry if the pantry organizers’ plans push through.

This is after the organizers announced that the two-day “Imee Kadiwa Bagsak Presyo Pantry” at a gym in Barangay Buaya, Lapu-Lapu City was a success.

Rep. Paz Radaza (Lapu-Lapu City Lone District), who was one of the organizers, said that they plan to bring the pantry to the biggest island in the city — Olango Island, which do not have supermarkets and department stores.

Other items sold are slippers, washing machines, rice cookers, electric fans, among others.

There are also different fruits and vegetables from the Department of Agriculture.

Goods at the pantry were sold as much as 50 percent off, one of the main reasons why hundreds of Oponganons flocked to the pantry to purchase the low priced products.

Aside from Radaza, the other organizers of the large-scale pantry was Senator Imee Marcos, a mall and the Department of Agriculture.

Meanwhile, Senator Marcos said that she planned to launch a young farmers’ assistance program in Cebu to inspire young individuals to go into agriculture.

She said groups that could propose a project that would be new, viable, and market competitive would be awarded up to P50,000.

“As you all know, we are very very fond of the Duterte family, regardless of the vicissitudes of politics we will carry on with our effortt with Mayor Sara,” said Marcos.