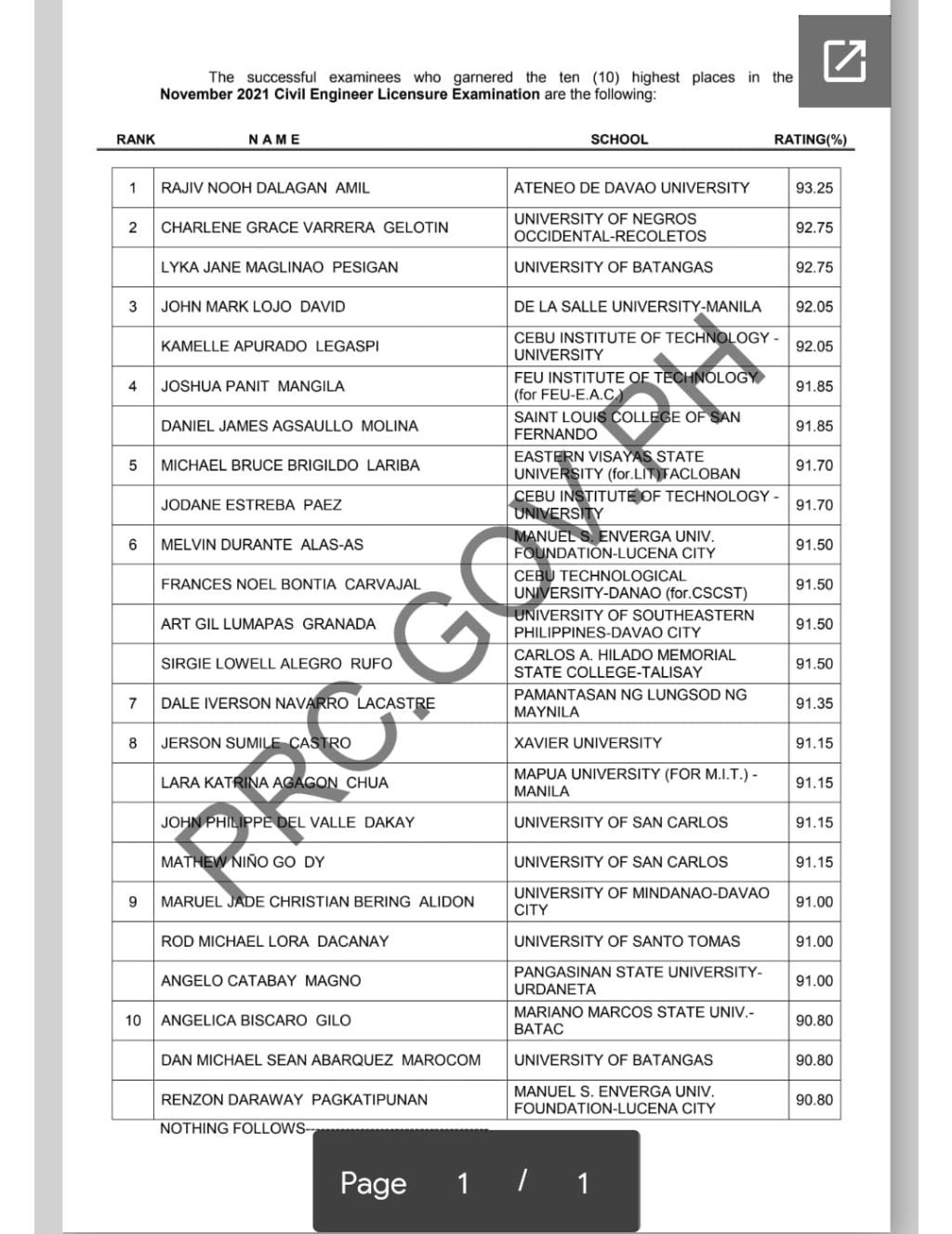 LAPU-LAPU CITY, Philippines — Five Cebuanos made it to the top 10 in the November 2021 Civil Engineer Licensure Examination.

Kamelle Apurado Legaspi from Cebu Institute of Technology-University (CIT-U) ranked third with a rating of 92.05 percent.

Aside from her, Jodane Estreba Paez, also from CIT-U, landed in the fifth spot with a 91.70 percent rating.

Other Cebuanos who made it in the top 10 are Frances Noel Bonita Carvajal from Cebu Technological University (CTU) Danao who ranked 6th rank with 91.50 percent rating; John Philippe Valle Dakay and Mathew Niño Go Dy, both from the University of San Carlos, who landed in 8th place with a rating of 91.15 percent.

Rajiv Nooh Dalagan Amil of the Ateneo de Davao University is the batch’s topnotcher with a rating of 93.25 percent.

Read Next
Why do coterminous officials of Labella need to step down?