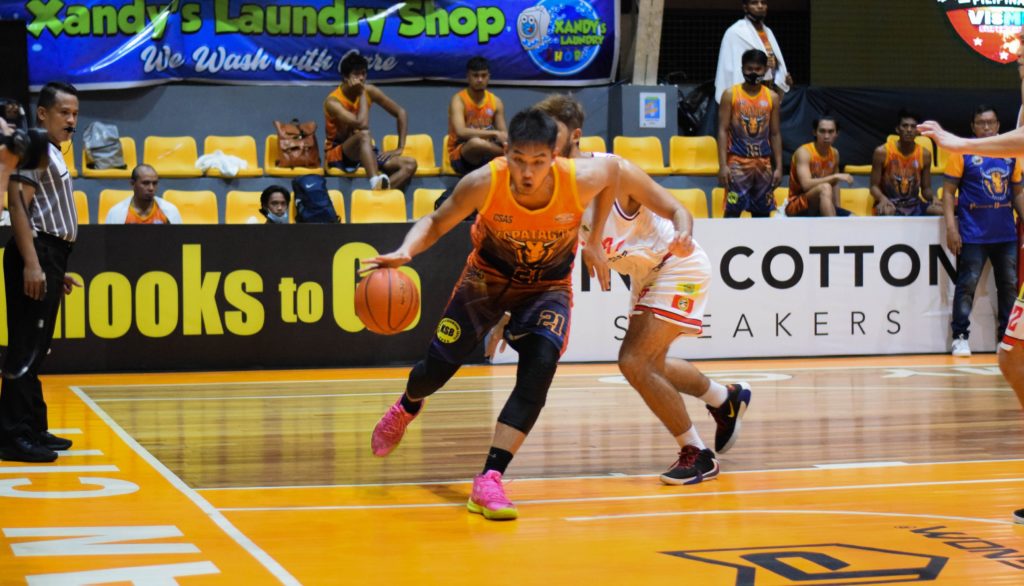 It was not just a big upset, but a historic feat as well for the Buffalo Braves after they handed Basilan its first loss since the franchise joined the VisMin Cup.

In the last conference, Basilan went on an unbeaten 16-game winning streak on the way to bagging both the Mindanao leg and the Southern Finals titles.

They finished the Mindanao leg with a 13-0 run to win the title then swept the KCS Computer Specialists Mandaue City, 3-0, to bag the Southern Finals tiara.

However, they found themselves at a loss about solving the riddle that is the Buffalos.

Trailing by nine midway through the fourth quarter, Basilan scored six straight points courtesy of Jorem Morada and Dennis Daa to come to within three, 70-73.

But former Cebu Sharks Edrian Lao completed a reverse layup and drained two free throws to seal the deal as Kapatagan’s defense held on en route to their second win in four games for a, 2-2 (win-loss) slate.

Mark Daanoy led the Buffalos with 21 points, 15 in the second half, alongside nine rebounds, three steals, two assists, and a block.

Junjie Hallare paced Basilan with 16 points but was limited to just two in the second half, to go with five rebounds, four assists, and two steals.

Daa and Morada connived for 33 points but needed 28 shots to do so as the Peace Riders fell to 3-1.

Both squads will be back in action tomorrow, Sunday.