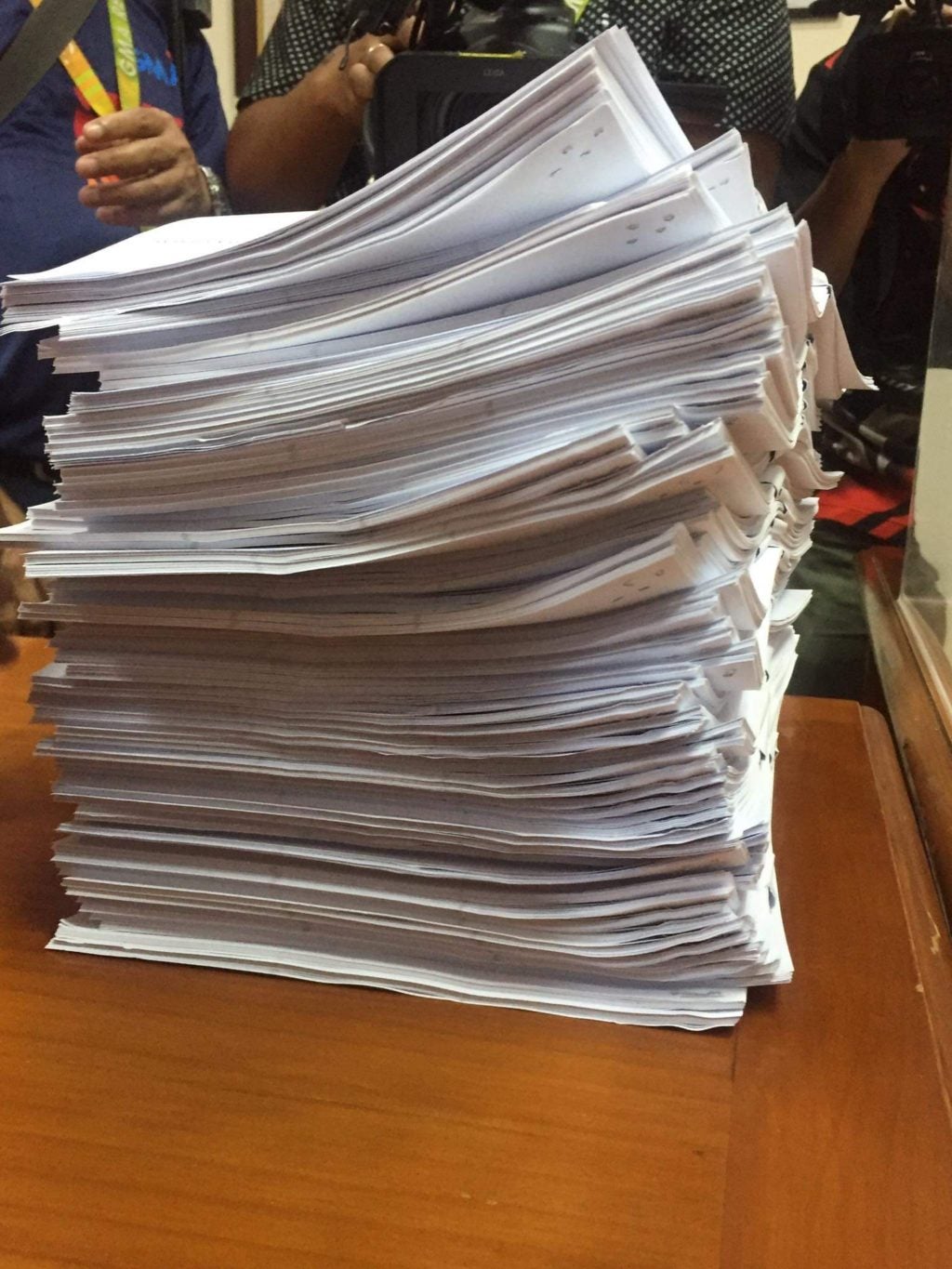 Here are the documents of the filed complaints against 47 individuals who used falsified RT-PCR test results. These are compiled by the National Bureau of Investigation (NBI-7).

CEBU CITY, Philippines — The top official of the National Bureau of Investigation in Central Visayas (NBI-7) is asking the public to refrain from using fake Reverse Transcription Polymerase Chain Reaction (RT-PCR) test results when they travel.

Lawyer Renan Oliva, NBI-7 director, made this call on Monday, November 29, 2021, after they filed falsification complaints before the city prosecutor’s office against 47 individuals on November 19 and 22 respectively.

These individuals were both from private and government sectors who are facing complaints for violating Republic Act 11332 or the Mandatory Reporting of Notifiable Diseases and Health Events of Public Health Concern, particularly Section 9 paragraph B in relation to Section 10 on tampering of records or intentionally providing misinformation and Article 175 of the Revised Penal Code on Using of False Certificates.

These individuals were from different parts of the region such as Lapu-Lapu City, Toledo City, Tagbilaran City, Mandaue City, Cebu City, and the towns of Argao, Liloan, among others.

Oliva said that their investigation stemmed from the request of Dr. Gerardo Aquino Jr., Medical Center Chief II of the Vicente Sotto Memorial Medical Center, after they have found out that falsified swab results bearing their hospital’s official seal were being used and presented as travel requirements.

Oliva said this happened in different occasions but the earliest was in July 2021. He added that there were 48 names but one person was excluded because they were not able to locate this person due to unclear location.

These tests were reportedly used by the said individuals for travel purposes. Oliva added that they requested these 47 individuals to appear to their office as part of due process.

Accordingly, these individuals gave similar reasons as to why they used these test results, saying they were not aware that these were fake. But Oliva said not undertaking swab test is already a ‘red flag,’ which these individuals should have known.

“You have knowledge siguro nga falsified na kay wa gud ka kwae og swab test and as per our investigation ang pinakadugay one hour ra naa nay result which is not what is happening diba because  24 to 48 hours ang result sa RT-PCR diba. You cannot get it less than one hour and everybody should undergo  a swab test. Ang uban wa kwaeg swab, ang uban dihas sakyanan, gi print.  So ang katong bearer, dunay knowledge,” Oliva said.

Oliva said that the hospital was able to get these names from ports who asked verification for these test results.

Oliva added that they saw patterns that these were computer-generated but from different sources. He further said that an original result will be scanned and those people behind this manipulate the details to names and information of whoever asks for it.  Oliva further said that this falsified result costs at least P1,000.

Oliva encouraged the public to report to their office if they know someone who proliferates and uses falsified documents as this becomes a health concern or issue, especially with the threat of a new reported variant.

He appeals everyone to follow the requirements to avoid gambling with different hearings.

Oliva added that this illegal process is rampant in the region as some would want hassle-free processing when traveling regardless of their purpose.

Read Next
Comelec: 10-15 voters allowed in polling place at a time; PNP or AFP on crowd control