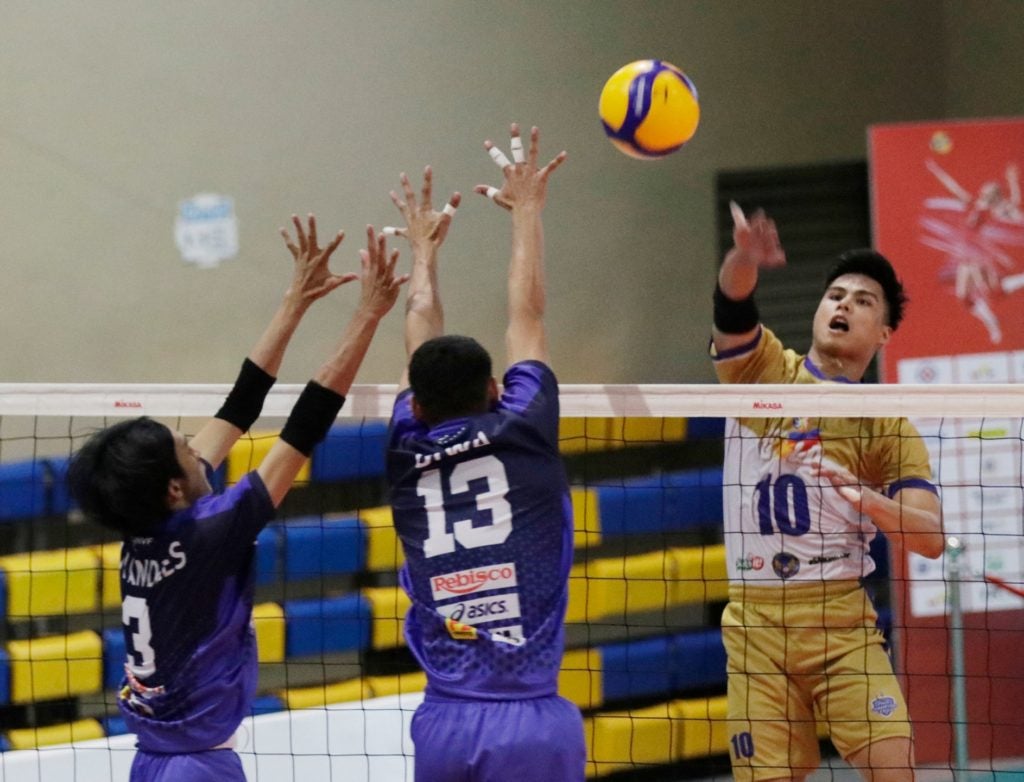 With the Manileño Spikers closing in a 11-13, Kim Malabunga’s kill put the Aguilas at match point before Mark Alfafara closed out the exciting two-hour, 11-minute contest with a block on Roniey Adviento.

The Aguilas earned their first win in Pool A, but for coach Dante Alinsunurin, they can’t be complacent since they will go up against another formidable team, the Basilan Steel Spikers Amin-Anak Mindanao, at 1:30 p.m. on Tuesday, November 30.

“Any team can beat everybody,” said Alinsunurin.

“We have a fresh start and the team which is very determined to win will reach on top.”

Alfafara tallied five blocks overall to finish with 19 points to go with nine digs while Malabunga and John Vic de Guzman each had 16 points for Go for Gold.

“I’m very thankful for this opportunity because after the SEA Games in 2019, the program was cut kasi due to the pandemic,” said De Guzman.

“We are very thankful that club men’s volleyball is back and our goal in the future is to encourage the young aspirants to continue thw legacy for our men’s national volleyball team.”

The Manileños put on a gallant stand that surprised the heavily favored Aguilas, who are mostly composed of national team members who recently saw action in the AVC Asian Men’s Club Championships in Thailand last October.

“Although the result has a lot to be desired at least there will be an interesting competition. The most important thing, the level of competition will go a notch higher. We were very lucky we were able to recover in the end,” said Alinsunurin.

Read Next
1st Day of Nat’l Vax Days in Cebu City: A Success