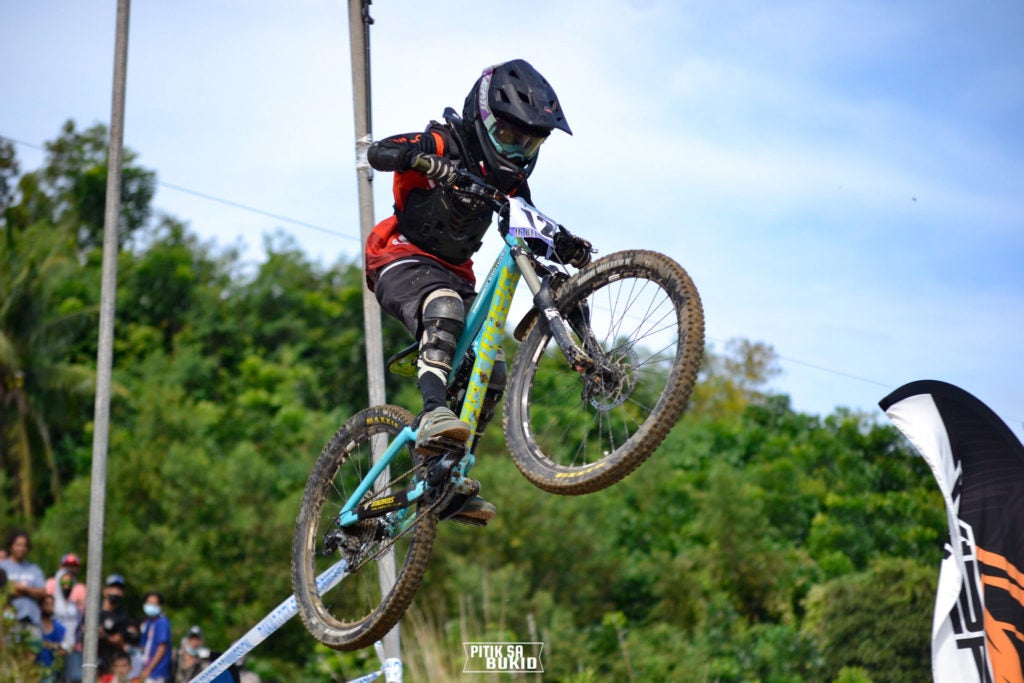 Lorico, who competed in the 16-below category, was the talk of the town after photos of him airborne from a 23-feet ramp went viral.

The kid from Negros Oriental finished 13th overall in the 16-below category with a time of one minute and 42.472 seconds. Although he didn’t top the race, he still gained a lot of attention for his skills.

According to Lorico’s mother, Emily Corazon Pallant, she already expected her son to be that competitive because of his love for the sport.

“He has been competing for a year in local down hill enduro mountain bike competitions here in Negros Oriental. He is very competitive especially because he really enjoys and loves the sport,” Emily told CDN Digital.

Christian also has an older brother James, who is 11 years old, who competes but he missed the competition due to an injury to his ankle.

Emily added that her son, who is in fourth grade, is really into extreme sports like down hill mountain bike and motocross.

“His hobbies are going on bike trails and motor bike trails with family and friends on weekends, scuba diving and playing the saxophone. He also competes in Motocross competitions,” added Emily. Aside from mountain bike competitions, Lorico is also very good in playing saxophone and does scuba diving regularly.

The secret behind her son’s mad skills in mountain biking is his trainer, Eleazar Barba Jr.

Barba has been running a mountain bike training program in Negros Oriental dubbed the “JR Barba’s Ride Academy.” He trains Lorico and other young daredevils.

Emily said her son also wants to represent the country in international competitions such as the SEA Games in the near future.

“He wants to join the SEA Games like his coach JR Barba,” she said.

In December, Lorico is set to vie in the Negrosanon Enduro Seriles Leg 4 and hopefully in next year’s edition of the National Down Hill Championships.