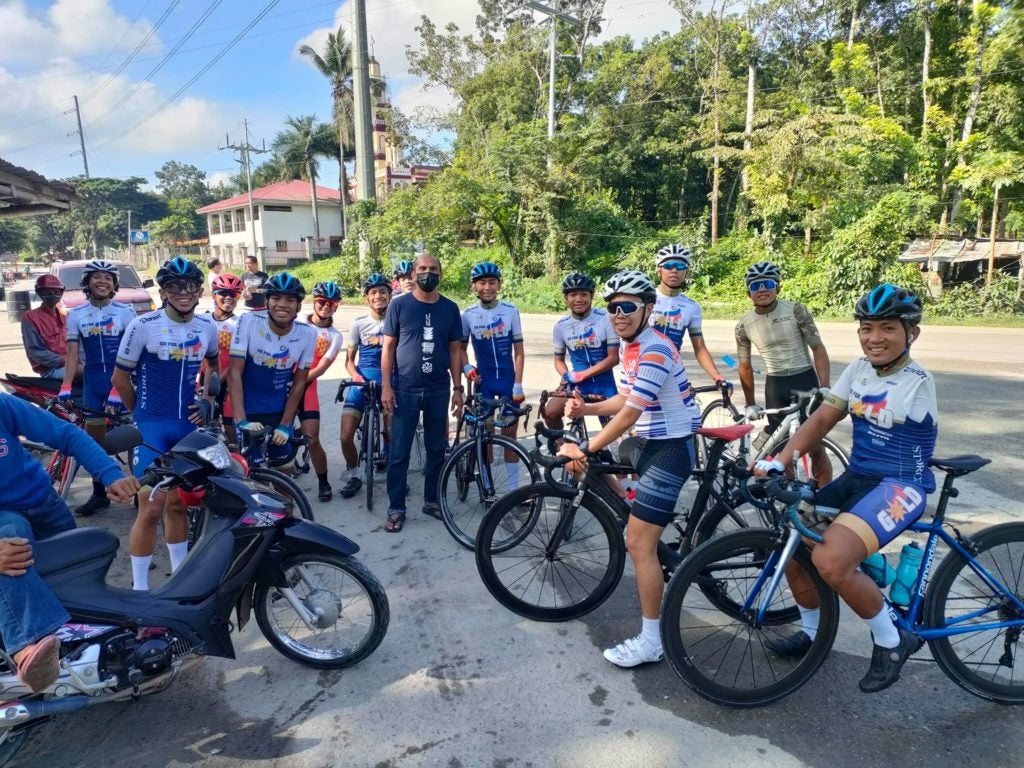 Roland Remolino (in black shirt) is flanked by his triathletes from Team TLTG in Cebu. | Contributed Photo

The competition will be held at the Clark Air Base in Mabalacat, Pampanga on Sunday, December 12, 2021.

The team’s head coach, Roland Remolino, told CDN Digital that even with the pandemic, the team continued to train for the major race, which serves as qualifiers for the national training pool for the 2022 Southeast Asian Games in Hanoi, Vietnam.

(Ever since, we never stopped training. We tried our best to be able to train even with the pandemic ongoing.)

Remolino, Alcoseba, Del Rosario, Pañibon and Mascariñas will compete in the standard division, which features a 10-kilometer run, 40k bike, and 5k run.

The rest of the team members will compete in the sprint distance featuring a 5k run, 20k bike, and 2.5k run.

(We shouldn’t be complacent because the opponents also trained hard. SO let’s see on race day how it goes.)

The team showed in recent races that it is ready.

In fact, Alcoseba is coming off a win in the grueling 100-kilometer cycling event of the Cross Cebu 600 women’s division last November.

The rest of the team also joined several local races in Cebu in preparation for this important event.