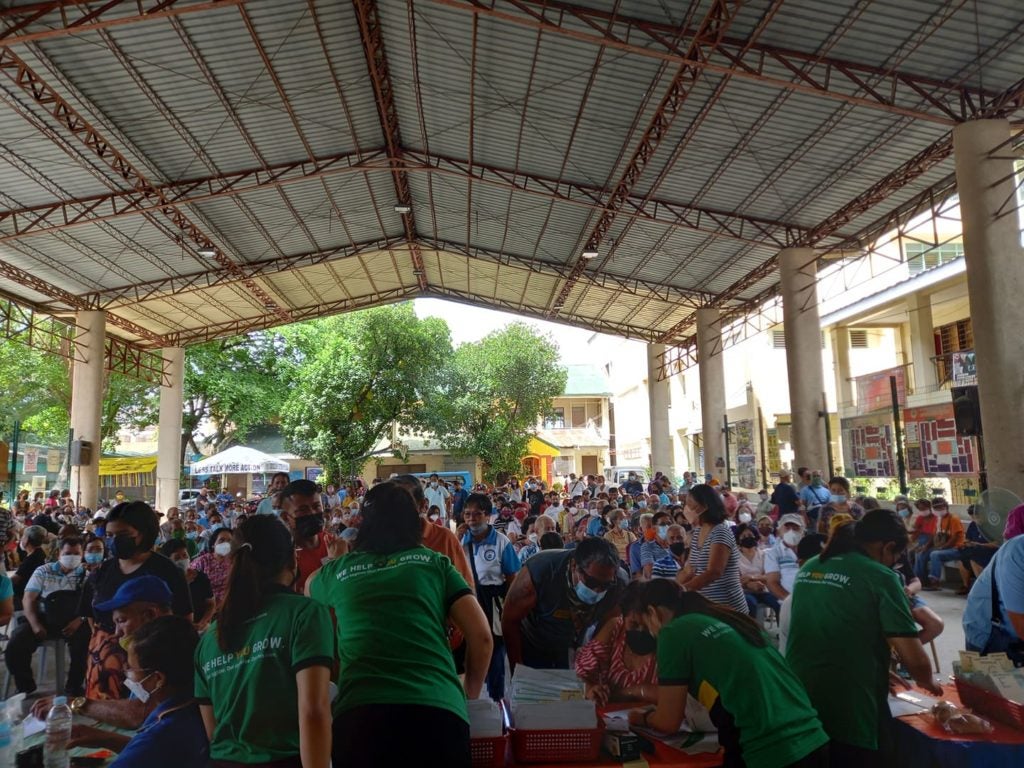 Barangays Bakilid and Cabancalan were the first to receive the cash cards from Landbank.

The second half of the financial assistance worth P4,000 was already downloaded to the cash cards.

Landbank partnered with a cooperative so  seniors could opt to cash out at the gymnasiums where the distribution is being held.

While many received cash cards, there were still a few who did not.

Couple Pasita and Bernadro Baay from barangay Cabancalan were dismayed as they lined up early just to get the assistance only to find out that they didn’t have cash cards.

Leocoldo Pepito, who is a personnel from the Office of the Seniors Citizens Affairs (OSCA), also did not receive his cash card.

A staff from Landbank explained that many applications were rejected because of technicalities such as lack of details, including giving the wrong email addresses.

Councilor Jesus Cosido of Barangay Cabancalan advised seniors who did not receive cash cards to go back on December 14 as advised by OSCA.

OSCA said that all registered seniors who did not receive ATM cards will receive cash.

The city has 23,833 registered senior citizens. They received the first half of the  cash assistance last April 2021.

Read Next
Mayor Isko visit: Chan says he has not yet endorsed any presidential bet