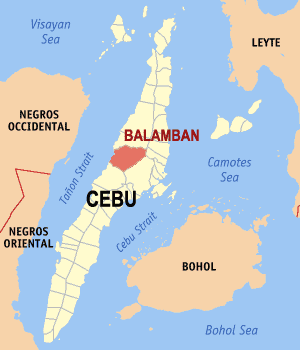 CEBU CITY, Philippines – A 46-year-old farmer from Balamban town in western Cebu is now behind bars after he was arrested for allegedly raping his 12-year-old daughter.

Police reports showed that a manhunt operation was made against the suspect in Brgy. Gaas, also in Balamban, on Tuesday afternoon, December 7.

The suspect did not resist arrest when law enforcers from the Anti-Kidnapping Group in Central Visayas (AKG-7), Balamban Police Station, and barangay officials of Gaas, found him.

CDN Digital opted not to divulge the names of the suspect and the victim for the latter’s protection.

The operation stemmed from an arrest warrant dated December 3, 2021, and issued by Presiding Judge Judilyn Hugo Tapia-Menchavez from Branch 8 of the Family Court of Toledo City, Cebu. No bail was recommended.

Police Lieutenant Zosimo Ravanes Jr., team lead of AKG-7, said the case stemmed from a complaint made by the victim’s relatives.

They told police back then that the incident occurred sometime last July after the victim reported it to her adult family members. At that time, the suspect and his three daughters were still living in Brgy. Buanoy, said Ravanes.

“The mother of his daughters was already dead. They were not married. She died after giving birth to their fourth child. Both did not make it,” Ravanes told reporters in Cebuano on Wednesday, December 8.

“The suspect, a farmer, fled their home and hid in the mountains when he learned that his daughter reported the incident to her biological grandparents,” he added.

According to the police official, the area where they located the suspect was isolated and can only be accessed by riding a habal-habal (motorcycle-for-hire) on the dirt road.

“He was hiding deep in the hinterland village, and he was staying in a small hut,” said Ravanes in Cebuano.

The suspect is now detained at the Balamban Police Station.

Balamban is a 1st-class municipality bordering Cebu City in the west. /rcg

Farmer turns over explosive he found on his farm in Balamban,