An evening with Chito Gascon, Voltes V and human rights 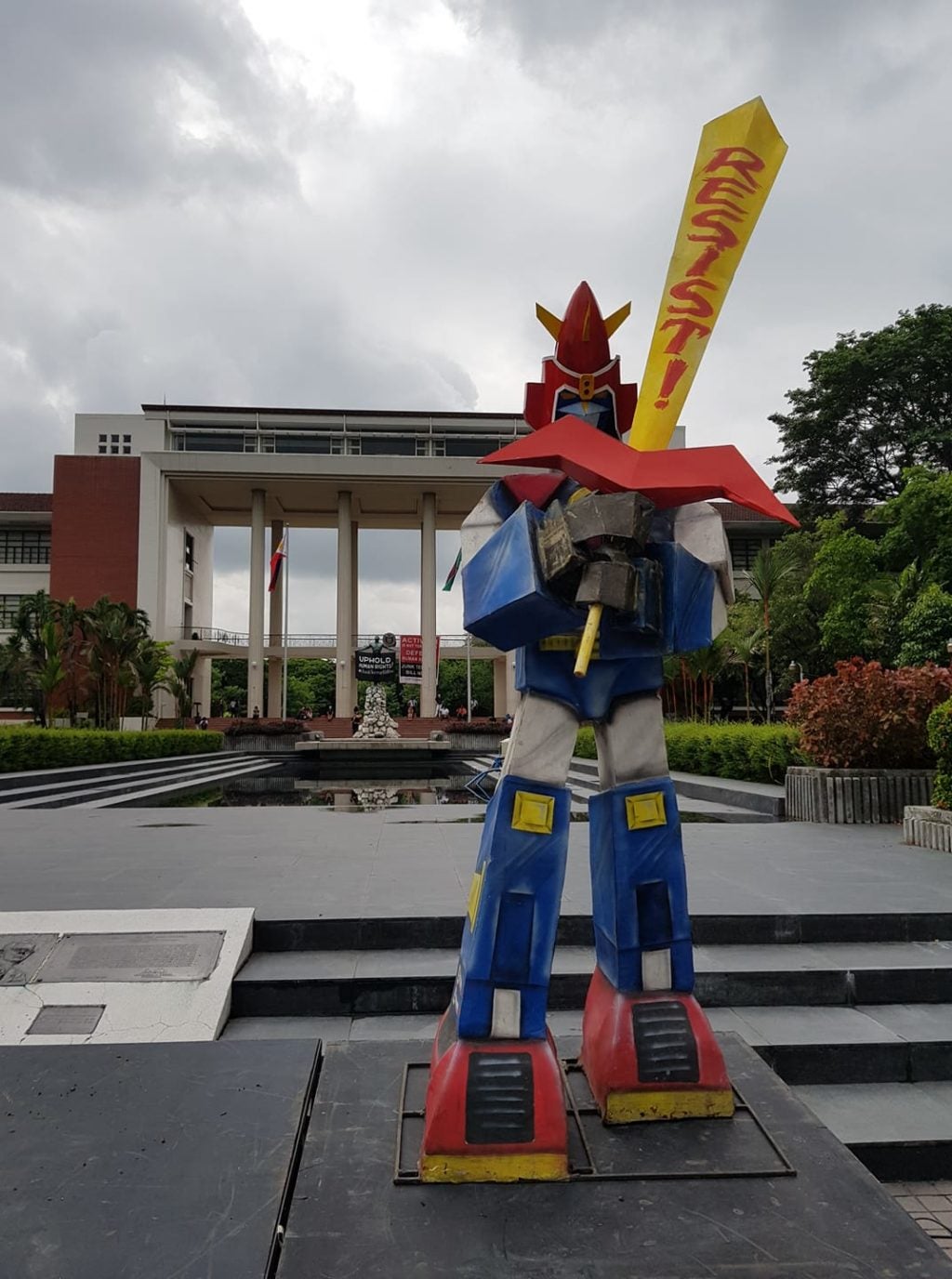 December 10 each year is known as Human Rights Day, the very day when, in 1948, the United Nations General Assembly adopted the Universal Declaration of Human Rights.

The Declaration set out a broad range of fundamental human rights and freedoms to which all of us, everywhere around the world, are entitled. It guarantees our rights without distinction of nationality, place of residence, gender, national or ethnic origin, religion, language, or any other status.

At the time of his untimely demise on October 9, 2021 due to COVID19 at the age of 57, he was the chairman of the constitutional body Commission on Human Rights (CHR) having been appointed by President Benigno S. Aquino III in 2015.

I entered UP in 1987 when Chito just served his term as Chairperson of the UP Diliman Student Council from 1985 to 1986.

He led his fellow students in active-non-violent protest actions, which contributed to and culminated in the People Power Revolution and the ouster of Marcos in 1986.

Chito belong to Nagkaisang Tugon (TUGON), the perennial rival of our group Sandigan Para sa Mag-aaral at Sambayanan (SAMASA) as major student political parties during my UP student days in the 1980s and 1990s. His wife, Melissa Mercado, is from SAMASA.

SAMASA and TUGON were established when students’ movement was at its peak to defend their democratic rights to organize inside and even outside campus grounds.

The campus molded us to fight for the causes we believe in; trained us for the skills we need to communicate ideas and rally others to effect changes in society.

The UP student activism has taught us the vision of service to the people, which Chito has passionately pursued until his death.

Chito  finished his law degree from UP College of Law in 1996, which is also my batch l celebrating its silver jubilee this year.

Chito was part of the team that won the country’s first ever Jessup International Cup in 1995 held in New York. They were not allowed by the team coach to bring any notes with them, not even index cards, during the debates. The judges were impressed because they looked confident, and they were the only team that argued based on knowledge.

Chito faced challenges as CHR head ensuring the promotion, protection, and preservation of human rights enshrined in the Constitution. He endured Duterte’s threats and ridicule as the CHR monitored the government’s bloody war on drugs.

The last time I had a face to face encounter with Chito was during the Japanese robots exhibition in May 2018 by fellow SAMASA Toym Imao at the UP Diliman Library.

Toym’s exhibit showed  simplistic childish grudge, the deprivation to kids born in the 1970s of freedom to watch a show we love.

From June 4, 1977 to March 25, 1978, we eagerly await the robot cartoon series everyday at 6:00 p.m: Mekanda on Monday, Daimos on Tuesday, Mazinger Z on Wednesday, UFO Grendizer on Thursday, and finally Voltes V on Friday.

The Japanese cartoons are inseparable from the discussion on martial law and the Marcos regime as these series carry the notions of revolution and resistance.

Voltes V was about an alien race of horned humans from the planet Boazania out to conquer Earth. It was up to Voltes V to defeat the Boazanians’ giant robots, known as beast fighters, sent to destroy the planet.

Boazania was also under dictatorial rule from a despotic emperor, who faced an uprising from Boazanians who were discriminated against and enslaved simply because they had no horns.

In 1978, shortly before the series finale, Marcos issued a directive banning Voltes V and other similarly-themed anime series due to concerns about “excessive violence.”

It was believed that the series were taken off the air due to their revolutionary undertones.

In 2012, Marcos’ son Bongbong defended his father’s decision to ban Voltes V, stating that parents before were worried about the excessive violence in the show, so Marcos pulled the robot-based animated series from television to appease their demands.

The villain characters from Planet Boazania symbolized how the government tried to control the freedom of Filipinos in the past and the ensuing human rights violations.

The popular line associated with Voltes V, “Let’s Volt In”, is timely and appropriate with the return of the Marcoses in Philippine politics.

Read Next
CCPO official: More cops to be deployed near banks, ATMs this Holiday season