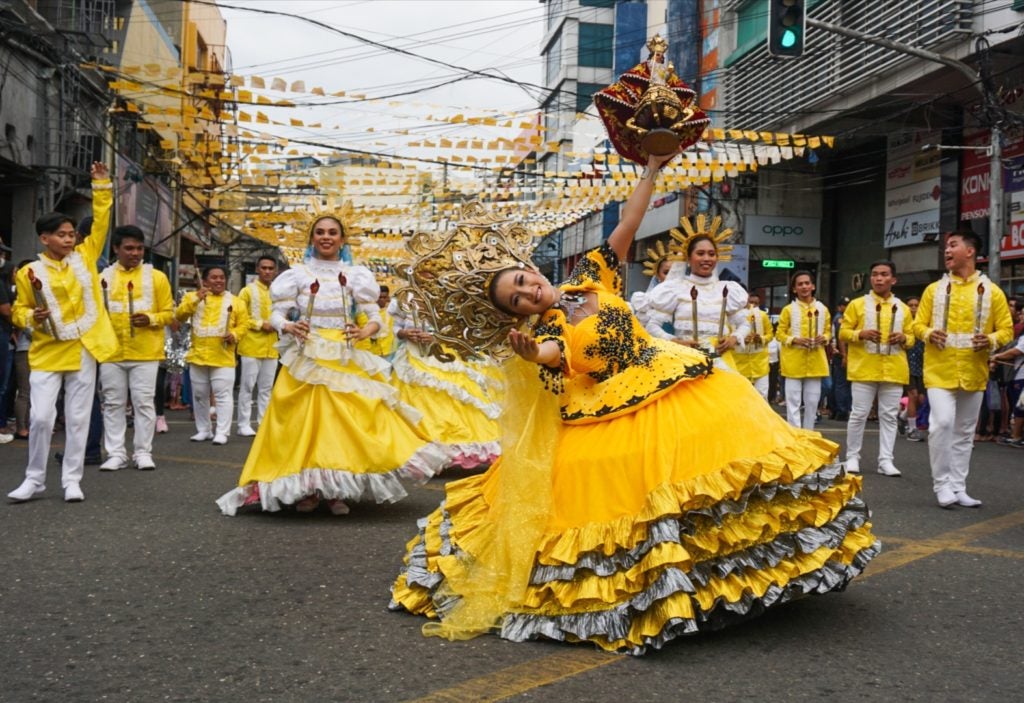 This January 2020 photo shows the contingent from the Salazar Colleges of Science and Institute of Technology dancing their way to the Cebu City Sports Center during the Opening of the Street Dancing Competition of the Sinulog 2020.

CEBU CITY, Philippines — As far as Cebu City Mayor Michael Rama is concerned, the celebration of the Sinulog Festival will push through this 2022.

Rama made this announcement when asked during a press conference on Monday, December 27, on the fate of the Sinulog Festival following the aftermath left by Typhoon Odette (international name: Rai) in the city.

Rama stressed that the celebration of one of the country’s grandest and largest festivals next year could come in any form.

“Sinulog will continue. It’s just a matter of (how) it’s going to happen. Should it be virtual (or physical),” said Rama.

When asked for further details, the mayor, however, begged off to comment.

He said he will be calling for another meeting with stakeholders to discuss the matter.

(I will not give details yet. I will do it during the convergence meeting.)

The mayor earlier stated that the city government had started preparing for the Sinulog Festival.

But concrete plans, particularly on whether there will be physical activities and segments, has remained unclear.

Back then, Rama pointed out that they will be basing their decision on the vaccination turnout in the city. The city was considering the possibility of organizing a hybrid Sinulog 2022.

If the city is able to reach its herd immunity target or the vaccination of 70 percent of its eligible population by yearend, the likelihood of hosting physical activities will also increase.

However, due to the devastation left by Odette, he said they would have to meet again to discuss it further.

Cebu City currently remains under a state of calamity due to the damage made by Odette.