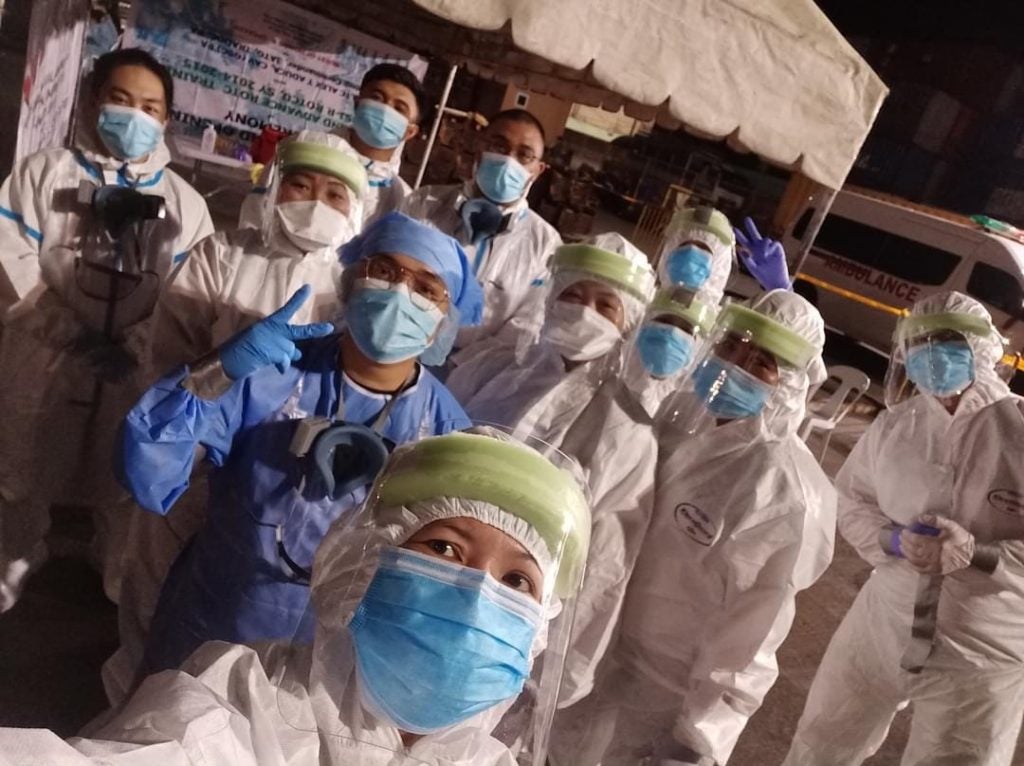 Some of the medical frontliners and emergency responders of Lapu-Lapu City.  (Contributed Photo/ Mayor Junard Chan)

CEBU CITY, Philippines — Hospitals are feeling the brunt of the ongoing COVID-19 surge in Cebu City not because of a spike in admissions, but rather due to their staff getting infected.

Councilor Joel Garganera, the deputy chief implementor of the EOC, said that at least 316 medical frontliners assigned in hospitals in Metro Cebu who are also Cebu City residents proved positive to the virus in the last 14 days.

The medical staff who got positive are automatically placed under isolation as hospitals have their own isolation facility. They will be released after their isolation period is over.

Garganera said that if the hospitals are already feeling the surge of cases through their staff getting infected, this could be happening in other workplaces as well from other industries.

The city government is in the process of opening more isolation facilities for residents whose homes are not fit for home isolation, although home isolation remains to be the general rule now.

The EOC once again appeals to the public to follow the minimum public health protocols even if they are vaccinated as the Omicron variant is spreading fast in Metro Cebu.   /rcg