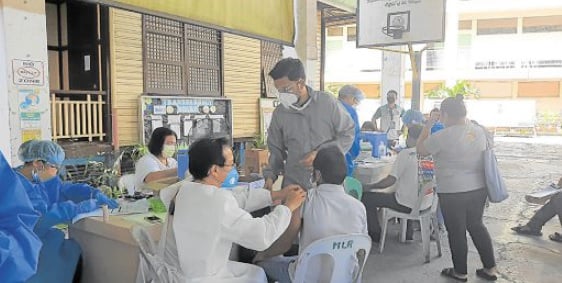 As Cebu City limits the movement of the unvaccinated, residents continue to
troop to COVID-19 vaccination centers, like this one set up at
at a public school in Barangay Tisa. (NESTLE SEMILLA)

The surge, meanwhile, is slowing down in the cities of Angeles, Lucena, and Olongapo.

Metro Manila, on the other hand, is exhibiting a “decreasing” trend, according to David.

The Department of Health said on Friday that COVID-19 cases seem to be plateauing in Metro Manila but stressed that further study is needed to confirm if cases are decreasing, considering the limitations in RT-PCR testing and the still high positivity rate in the region.