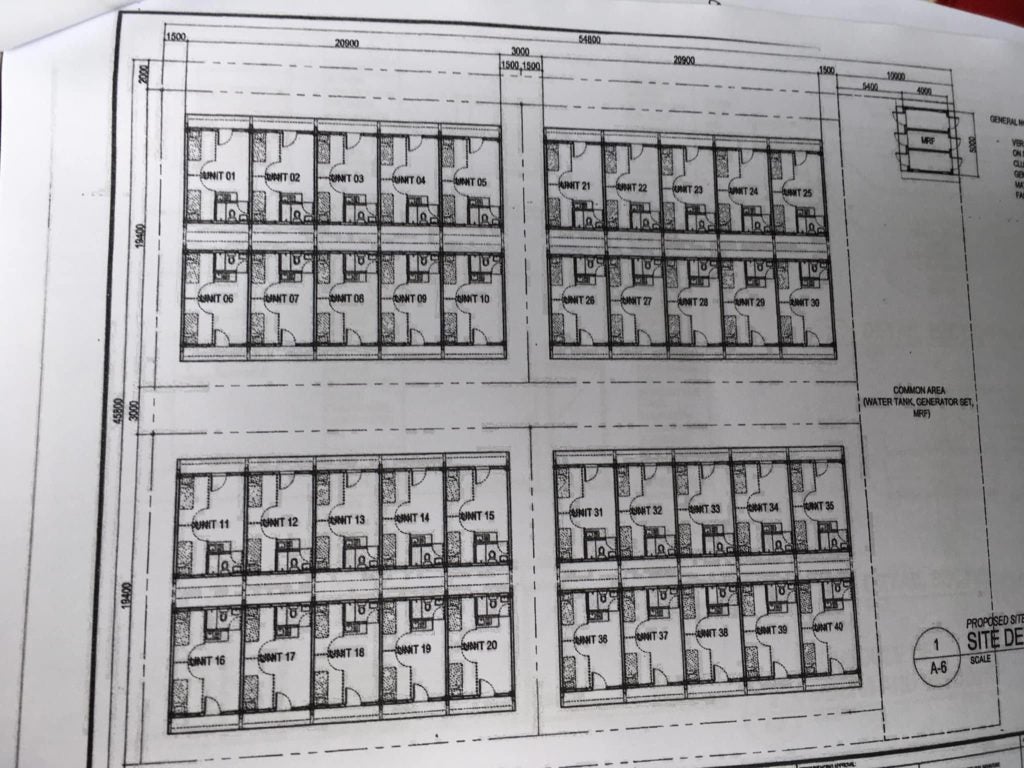 This is the initial design of the proposed housing project for families displaced by Typhoon Odette in Alegria, southwestern Cebu | Photo from Alegria Public Information Office FB

CEBU CITY, Philippines — The municipality of Alegria is planning to develop a housing project for families displaced by Typhoon Odette (international name: Rai).

Alegria’s local government on Thursday, January 27 announced through social media that negotiations were now ongoing between them and owners of properties that were initially identified as possible locations for the relocation site.

Based on the initial blueprints designed by the Department of Public Works and Highway (DPWH) – 7th District Engineering Office, which was also shared on social media, the proposed shelter will be a single-story, medium-density housing development that will have at least 40 units.

It has been more than a month since Odette battered the central and southern portions of Cebu province, including Alegria.

The local government unit (LGU) there, however, said a lot of families in their locality remained homeless.

(Because of the damage that Odette, many families have remained without any homes yet.)

As a result, Alegria Mayor Verna Magallon and Vice Mayor Gilberto Magallon called for a meeting with national government agencies such as DPWH and the Department of Environment and Natural Resources (DENR), and construction companies to discuss their proposal to put up a permanent relocation site for displaced individuals.

Alegria is a fourth-class municipality located approximately 112 kilometers southwest of Cebu. It was one of the badly hit areas during the onslaught of Odette last December 16, 2021.