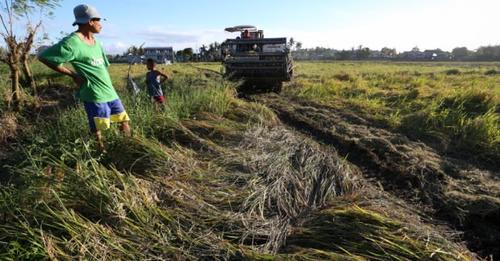 “La Niña” is a weather phenomenon characterized by unusually cool ocean surface temperatures in the central and eastern equatorial Pacific.

The onset of La Niña, which had magnified the effects of extreme weather in the country, was pronounced in October 2021.

(La Niña may continue until April 2022 and by May, it may return to neutral conditions.)

(This means that in the next three months, it is possible for the majority of the country to experience above-normal rainfall.)

In February, parts of Mindanao and Eastern Visayas may have above normal rainfall, Estareja said.

Meanwhile, rainfall may be below normal and way below normal over Ilocos Region, Cordillera Administrative Region, Central Luzon, Occidental Mindoro, and Palawan.

From February to May, the expected number of tropical cyclones that may enter the Philippine Area of Responsibility is a maximum of one per month, said Estareja.

Read Next
Chinese New Year traditions in the Philippines