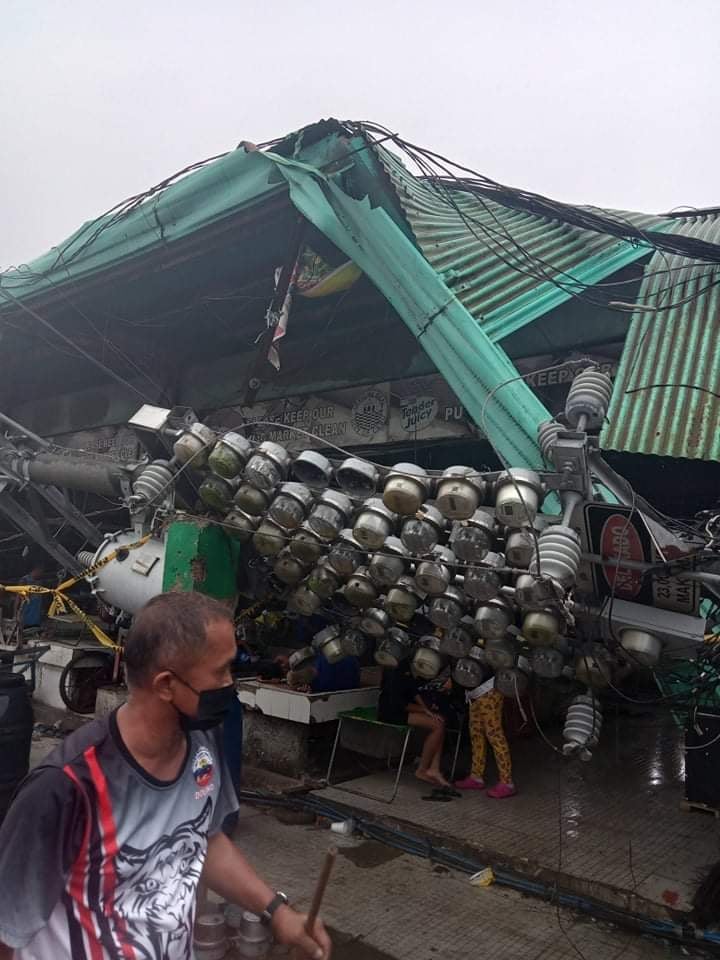 A man views a toppled power line in the interior portions of Barangay Ermita in Cebu City which hosts an elevated meter cluster. | Photo Courtesy of Visayan Electric

CEBU CITY, Philippines — The extent of the damages in the interior power lines of Metro Cebu is the reason why Visayan Electric failed to fully reenergize its franchise area on time.

This was the power utility’s response to the scathing remarks of Cebu City Mayor Michael Rama who said he was “disappointed” and “pissed off” that Visayan Electric failed on their promise for full restoration on January 31, 2022.

The breakdown for this customer energization count is as follows:

The utility admitted that restoration is taking time in some areas because of the magnitude of the damage to the utility’s lines, poles, and transformers.

“Our target of 100 percent energization by January 31, 2022, was based on work accomplished when we were working on fixing the main backbone of our feeder lines last December. When we started to work on the lateral lines and the interior parts of the franchise, it was only then that we saw the reality of the destruction.”

Lucero cited an example of the damage caused by the typhoon to the utility’s Elevated Meter Clusters (EMCs), most of which can be found in densely populated areas in Cebu City.

“Doing repairs for EMCs alone takes time. There are at least 50 customers in a meter cluster. Aside from replacing the toppled pole that holds the meter cluster, our personnel also has to trace each meter’s wirings from the pole to the house where it is connected to ensure that the meter matches the customer it is assigned to. This process alone takes at least two days,” he said.

Lucero notes that Visayan Electric’s 447 organic and contractor field personnel, reinforced by 257 linemen from 14 private distribution utilities, have been working 12 to 16 hours a day since the start of the restoration works.

“We can only accomplish and energize 93 percent of our customers as of February 3 despite all the hard work,” he added.

Lucero said that restoration work was further affected by the decrease in manpower when linemen from other distribution utilities who came to Cebu to help Visayan Electric in the restoration efforts started going home to their respective areas.

The contingency from Meralco returned to their base or went on to help other areas affected by the typhoon last January 22. The other linemen from the private distribution utilities are also scheduled to go home this week.

Despite the challenges, Lucero is optimistic that the power utility will be able to energize the remaining customers soon.

“We will continue to work until all customers get their electric service. We would like to request the customers that we have not yet energized to extend their patience some more.”

They also shared the same challenges experienced by Visayan Electric as their areas of franchises have been gravely affected as well.       /rcg