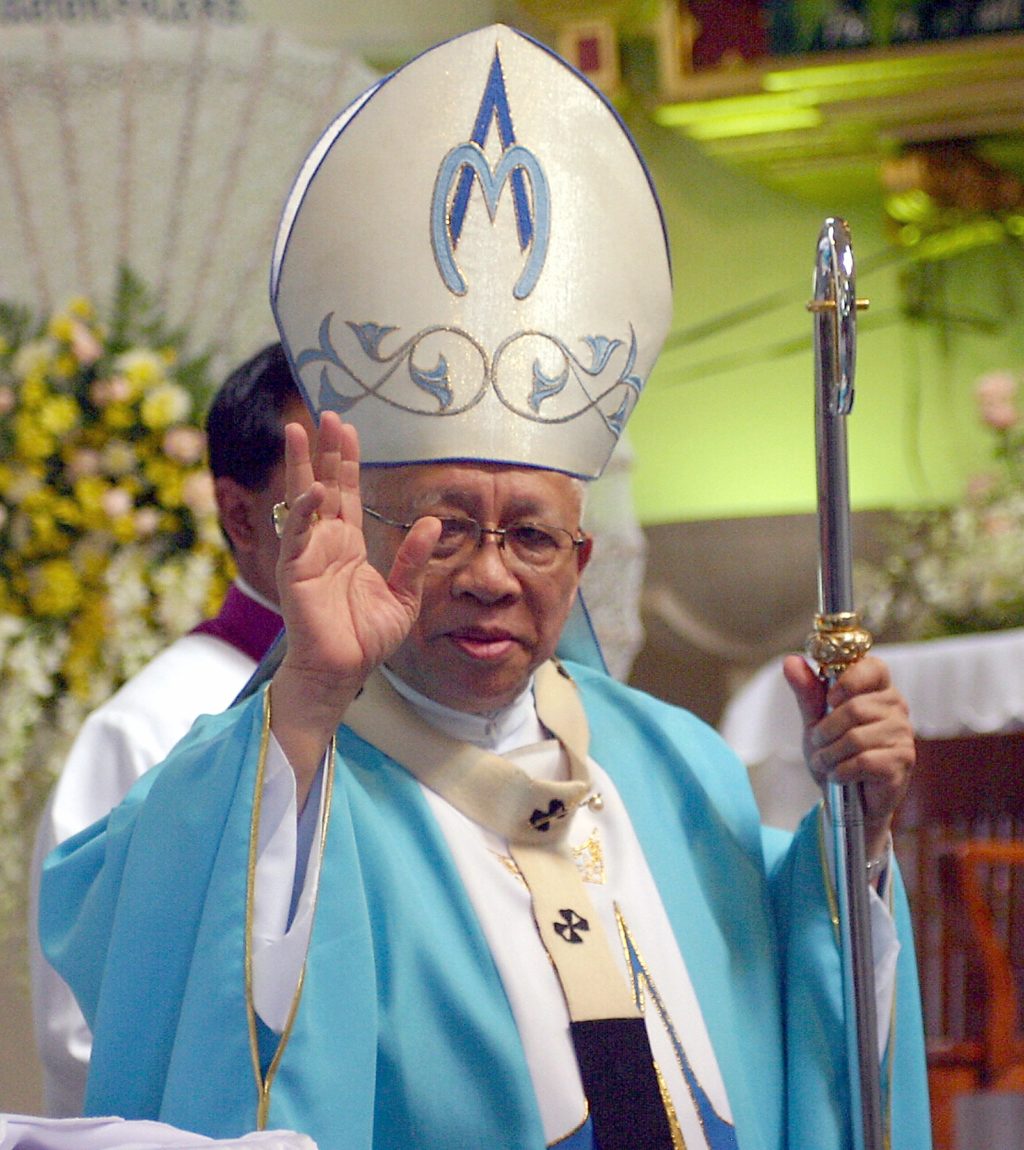 The late Archbishop Ricardo Cardinal Vidal blesses the churchgoers during the feast of Asilo De La Milagrosa in this 2006 photo. | CDN File photo

This was the message of Cebu Archbishop Jose Palma to faithful on Sunday, February 6 as the Roman Catholic Church commemorated the 91st birth anniversary of the late Cardinal Ricardo Vidal.

(The first disposition that should remain is for us to be humble. We should remain grounded. Don’t be boastful because you have been chosen by God as the chairman. Not all are chosen. Stay humble.)

Palma presided over the Holy Mass commemorating the late Cardinal’s birth anniversary inside St. Joseph’s Chapel in the Archbishop’s Palace.

The Mass, albeit physically closed to the public due to existing restrictions, was broadcasted live through the Archdiocese of Cebu’s social media channels.

Palma pointed out how Cardinal Vidal exemplified humility, by prioritizing in spreading the word of the Lord over personal accomplishments and celebrations.

(If the Cardinal is here, we would likely say ‘Archbishop’ don’t give us a sermon because they are humble. Because Sunday is an important day and his Eminence would probably say ‘I will just sermon you on the part of the word of God because of course they are humble.)

Cardinal Vidal is widely considered one of the most iconic Catholic leaders in the country. Born in Marinduque, the Cardinal served as Cebu’s Archbishop from 1982 to 2010.

He passed away due to deteriorating health conditions in 2017, at the age of 86, in Cebu City.

Palma also told faithful that there was nothing wrong with staying humble and accepting one’s flaws and imperfections, adding that God loved everyone despite these.

(Even if we are not worthy, we should thank God for choosing us…who are we — the weak, those who lack something, and those who are sinners.)

Continuing his legacy: The best birthday gift for the late Cardinal Vidal