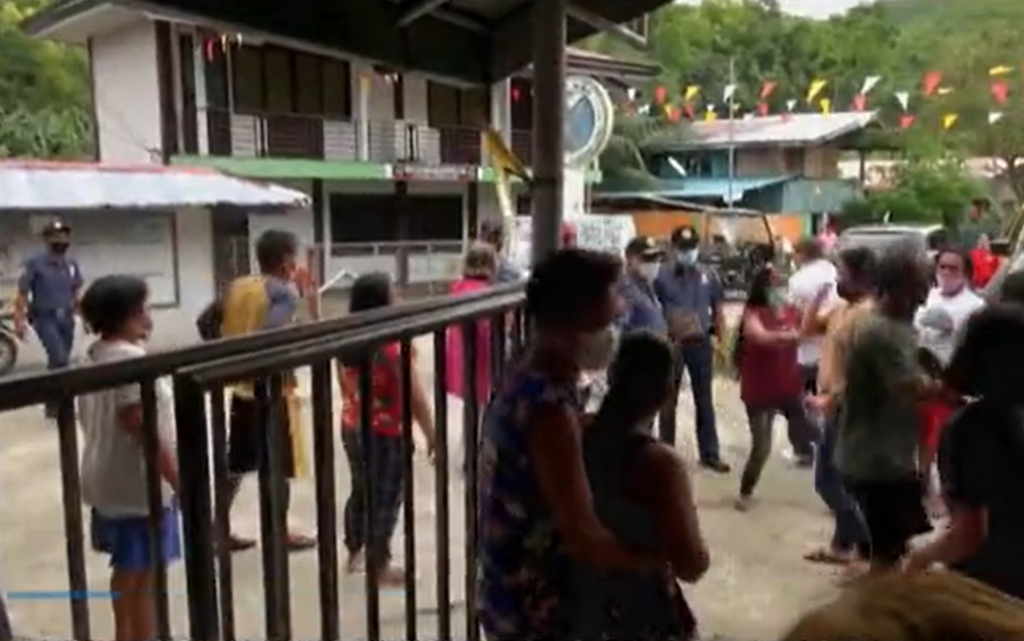 CEBU CITY, Philippines — Tension broke between members of a demolition team and residents in Barangay Sto. Niño, Tuburan town during the implementation of a demolition order on Tuesday morning.

The tension started when the court sheriff, Jane Hermosa, gave the affected residents only an hour to take their belongings out of their houses so that the demolition team can already start destroying their residences.

Residents then confronted her and were very emotional.

Hermosa explained to the affected residents that she was only doing her job, especially that the claimant is already pressuring her in implementing the demolition order.

She also explained that it was not her job to find a relocation site for the residents and that this was the duty of the local government unit (LGU).

Nelia Osmeña, 59-years-old, said that her great grandparents were already living in the lot that was subjected to the land claim.

She urged the claimant, Ethel Grace Flores, to settle first the case with another claimant of the lot, the Tabo-tabo family.

Based on the demolition order, around 22 houses were supposed to be torn down on Tuesday.

Affected residents also questioned the implementation of the demolition order, since there are no representatives present from the LGU, the Presidential Commission on the Urban Poor (PCUP), and the Commission on Human Rights (CHR) as mandated by the law.

P/Lt. Col. Nasruddin Tayuan, Tuburan Police Station chief, for his part, said their presence at the demolition site was done to ensure peace and order in the implementation of the demolition order.

However, due to the rising tension, the sheriff decided to no longer enforce the demolition order today. But he told the affected residents that they will definitely return to implement the order after they would be able to invite representatives from the agencies mentioned.     /rcg