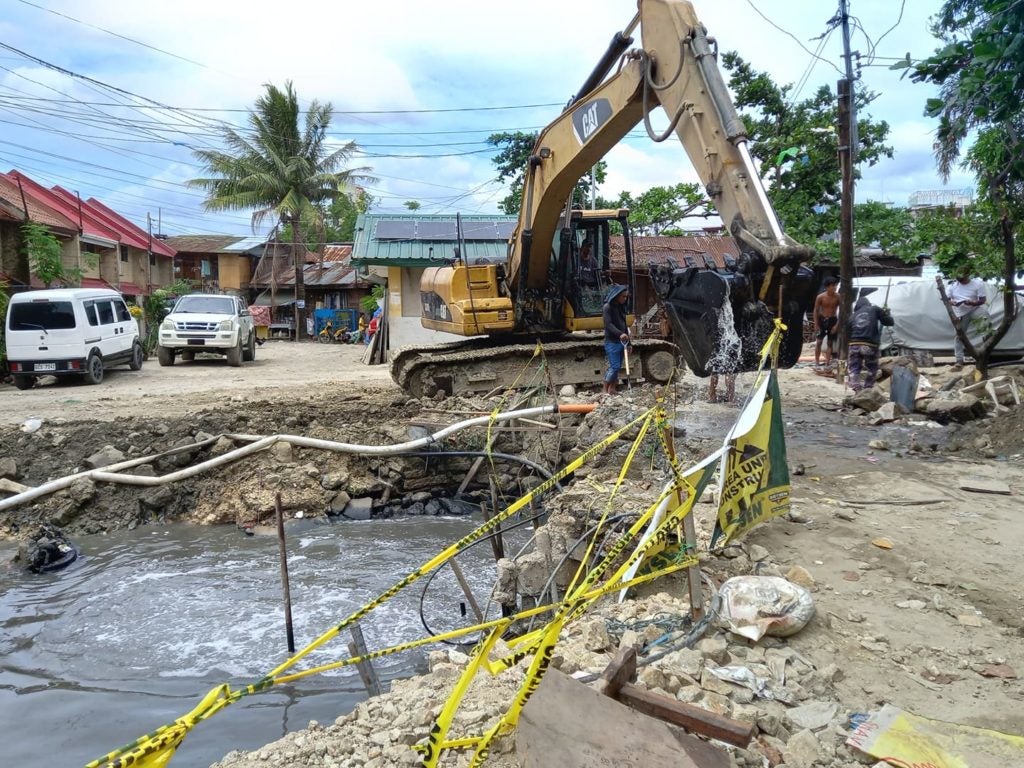 The flood-control project in Barangay Tipolo, Mandaue City has officially started amid growing concerns from affected residents who claim that the city government has not provided a relocation site for them.     CDN photo/ Mary Rose Sagarino

MANDAUE CITY, Philippines — The Mandaue City Government has started the construction of a flood-control project in sitio Uniwide, Barangay Tipolo.

The contractor has started dredging a portion of the creek where a box culvert will be placed said Kim Meylon, officer-in-charge of the SVD construction.

The project is expected to help address the flooding problems in the city.

However, some residents are worried because they have not yet been promised a relocation site by the city government.

They said they have no problems with the project but wish that those who will be affected by it will be relocated.

About 21 houses within the three-meter easement zone of Tipolo creek will be affected.

Atty. JohnBee Biton, the head of the city’s Housing and Urban Development Office, said they will be providing financial assistance to the affected families as there is no relocation site available for them.

It can be recalled that the city government, for years had been advising them to vacate the area.

Another concern of the residents was that the ongoing construction might cause soil erosion. A house owned by Julieta Reponte, which was very near the project fell into the creek after the soil eroded. Other portions of the creek have rip rap.

Meylon said weeks before the construction started residents were already advised that the house will be affected.

Meylon said once the water is drained in the area they will be building a rip rap together with the box culvert.

He said as agreed, they will repair the house of Reponte.    /rcg