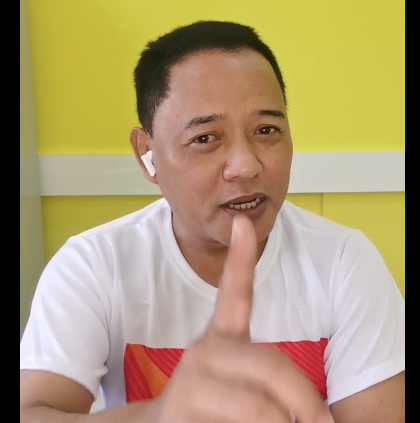 Cebu City Councilor David Tumulak III, an independent candidate for mayor of Cebu City, belied rumors that he is backing out of the political race. | screengrab from Tumulak’s FB live video

CEBU CITY, Philippines — Cebu City Councilor David Tumulak III, an independent candidate for mayor of the city, belied rumors that he is backing out of the political race.

In a live pronouncement on Facebook, the mayoral aspirant said that rumors have been spreading that he plans to pull out of the elections when election day draws near.

He said that even though he does not have the machinery of the two major parties in the city, Barug PDP-Laban and Bando Osmeña Pundok Kauswagan (BOPK), he will continue on with his candidacy.

(There are rumors circulating that I will back out when election nears. That’s a big lie. That’s not true. There isn’t any challenge I am backing out from.)

He said that he will continue to push through with his candidacy despite the challenges because he believes he can bring forth the change for the city.

Despite the lack of funds or mechanism to hold a city-wide campaign, he will not back down from the challenge.

He believes his supporters can carry his message to the voting public.

The councilor also belied rumors that he was asked to run by either party to cause division in the votes.

(There are talks that I was told to run by former mayor Tommy Osmeña. That is not true. I am thankful to Mayor Tommy for the confidence in me when he was still mayor of the city. But I am not a candidate of the Osmeñas. Aside from that, there also rumors that I am a candidate of incumbent Mayor Michael Rama. That is a big lie. In fact, I thank Mayor Michael Rama that he gave me a chance to serve the public.)

The councilor said he is simply running for Cebuanos and has no hidden motives save for public service.

He also see both former councilor Margot Osmeña, who is running for mayor under BOPK, and Mayor Rama, running under Barug, not as enemies but only politicians with different views on public service.