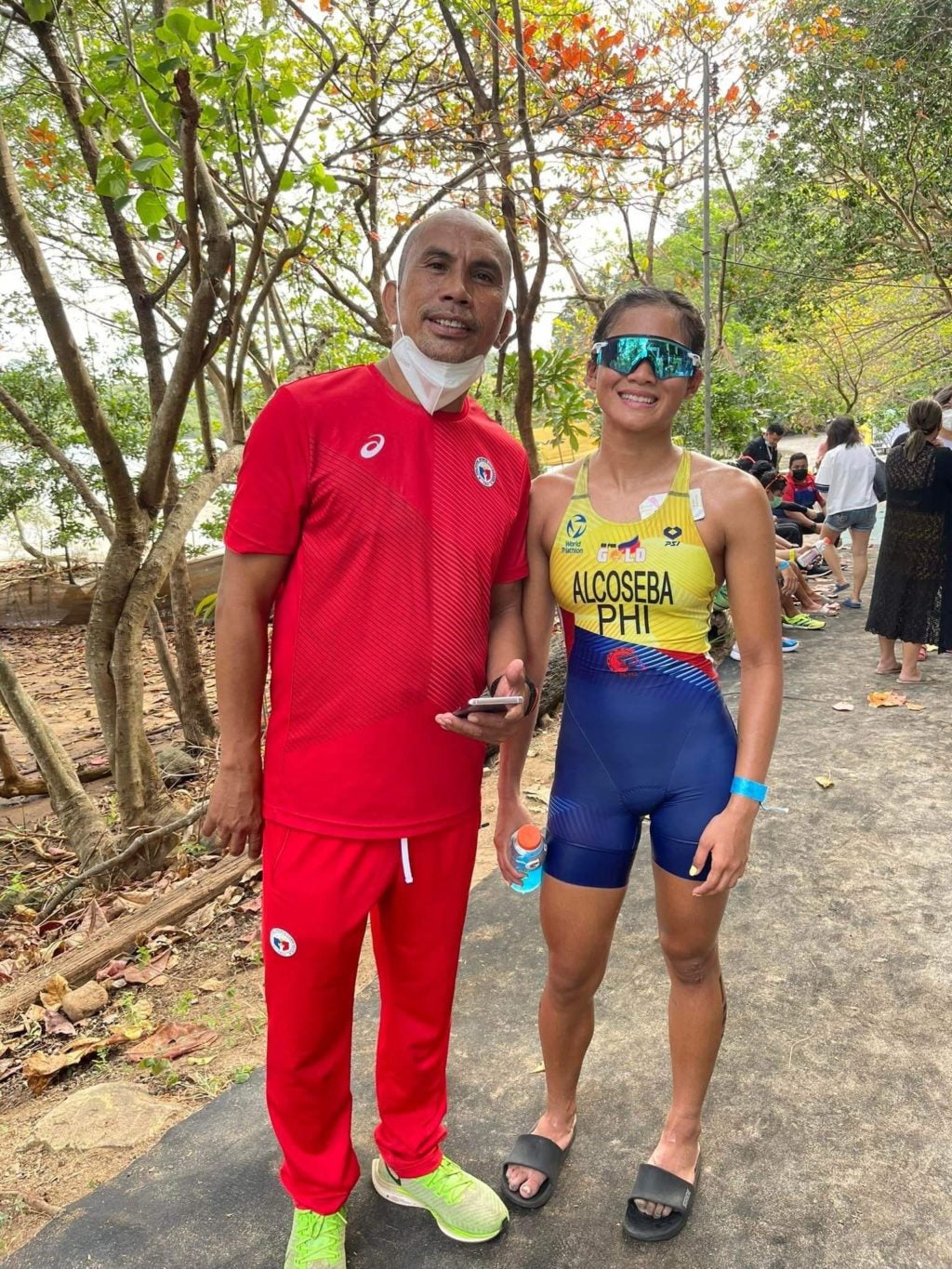 Remolino, who is known for his tough coaching, told CDN Digital that he shed tears and became emotional to see his team succeed in a major race like NAGT amidst all the hardships they went through in training with his team, the Go For Gold-Talisay Luigi Triathlon.

During the middle of their training camp, Remolino and the Go For Gold-TLTG got affected badly by Typhoon Odette that hit Cebu and parts of Visayas and Mindanao last December 16.

The typhoon affected their training and preparation for the race.

However, his son, Andrew Kim managed to place second behind John Leerams Chicano in the men’s standard elite. Andrew Kim, the silver medalist of the 2019 Southeast Asian Games clocked in two hours, five minutes and 44 seconds while Chicano, the 2019 SEA Games gold medalist crossed the finish line at 2:04.58.

Joshua Alexander Ramos rounded off the top three with 2:07.40. Chicano and Remolino will likely represent the Philippines anew in the 31st SEA Games in Hanoi, Vietnam in May for their 1-2 finish.

The biggest surprise in the NAGT was Raven Faith Alcoseba who topped the standard women’s elite despite being a newbie in triathlon.

(I am so happy because she is not yet two years in the sport and we already achieved the target for Raven.)

He added that despite all the trials they’ve been through in training, they maintained consistency among their ranks.

(It was difficult but we were consistent in our training despite the pandemic and then Typhoon Odette came. The challenge was really great. But you know me, I don’t easily give up and I found a way that they can still train even with the challenges.)

According to Remolino, the Triathlon Association of the Philippines (TRAP) is planning to send Alcoseba and his son to Portugal to train for the upcoming SEA Games along with other members of the national team.

Read Next
No more curfew in Mandaue soon