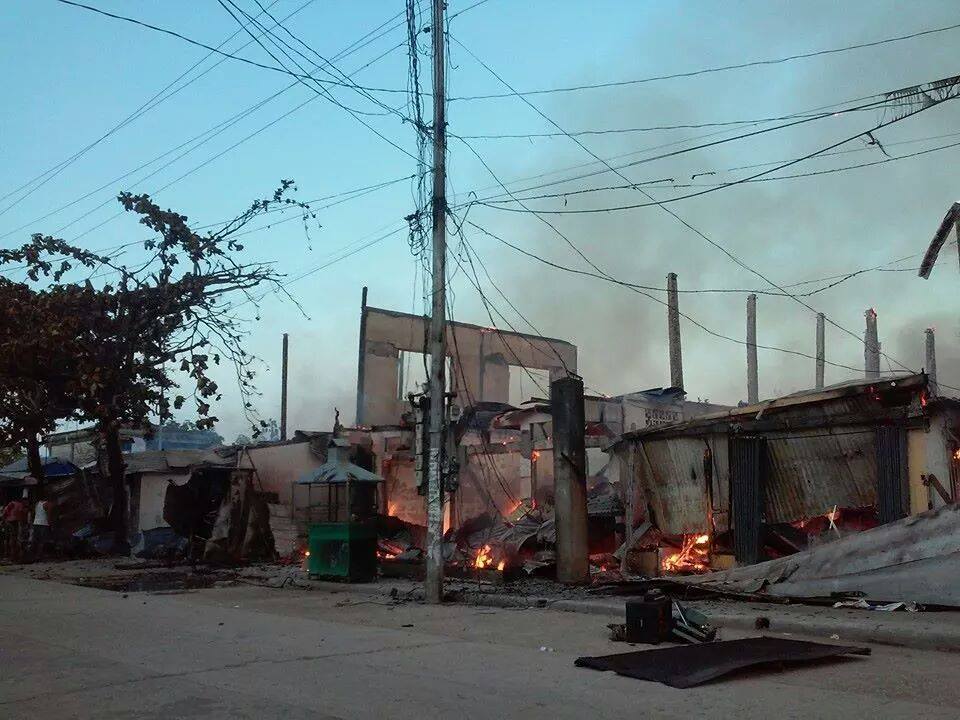 (Taken from the internet. Photo by Butter Anciado)

Several families were displaced in a fire that razed 50 houses in barangay Camputhaw, Cebu City at dawn Wednesday. Fire investigators said the fire started in the house of Orland Mendoza in Purok 8, Little Pasil around 4 a.m.

The fire was controlled after 30 minutes. Police arrested Mendoza after receiving reports that he started the fire in retaliation to his wife who did not come home.

Fire investigators have yet to determine the amount of damages sustained by occupants.

House, car up in flames mar start of fire month