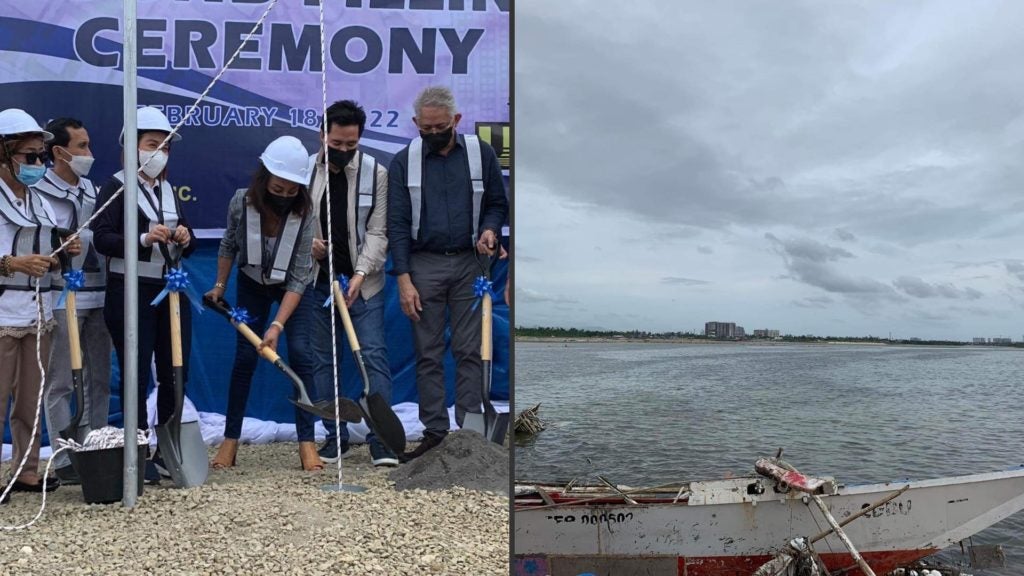 A 454-hectare reclaimed area will soon rise from the shores of Cordova town, Cebu as the Cebu Provincial Government and the Municipal Government lead the groundbreaking of the project today, February 18, 2022.       CDN Digital photo | Delta Dyrecka Letigio

The project would expand the land area of Cordova by an additional 254 hectares once the shallow portions of the sea are reclaimed.

UBI and PMI said they expect to complete the reclamation within the next year or two, followed then by the development of the space.

Sitoy-Cho said the project is a dream come true for her father, late Secretary Adelino Sitoy, who had dreamed of the reclamation for decades before his death on April 15, 2021.

“This will really mark the beginning of the new development sa Cordova. Gamay kaayo among lungsod, wala miy kabasakan, wa miy katamnan, so we need all these development,” said the mayor.

The mayor said that development would be the key to the town’s future of becoming a city.

Governor Garcia said the project is a realization of a dream of many Cordovahanons especially its town patriarch, Addy Sitoy.

She remembered that during her younger years before her political career began, she had the chance to talk with Sitoy and she listened to him talk about his dreams for Cordova.

It may have taken time to realize, but Garcia said it is high time for the project to take flight.

“Perhaps it needed the coming of these titans in the reclamation industry so that this Cordova Reclamation Project that will translate to so much economic boom not only Cordova but for the entire province of Cebu,” said the governor.

In their project plan, UBI and PMI presented their process for the filling and reclaiming of the area.

The project will be divided into two, the first 204 hectares will be located in the southern part of Mactan Island and Cebu Strait traversing Barangays Catarman and Guanzon.

The rest of the reclamation will be expanding from Roro Port.

Site 1 will have mixed-used facilities such as offices, retail shops, and entertainment facilities. A four-hectare convention center will also be built on the site.

Site 2 is a 50-hectare development for mixed residential and business areas. It will also house the expanded port, Customs, and other government agencies.

A cruise ship port and terminal will also be developed.

Sitoy-Cho said the reclamation will invite development in the town and she is hopeful that in five years, they will achieve their dream of cityhood.     /rcg

Read Next
Police want curfew to stay in Cebu City