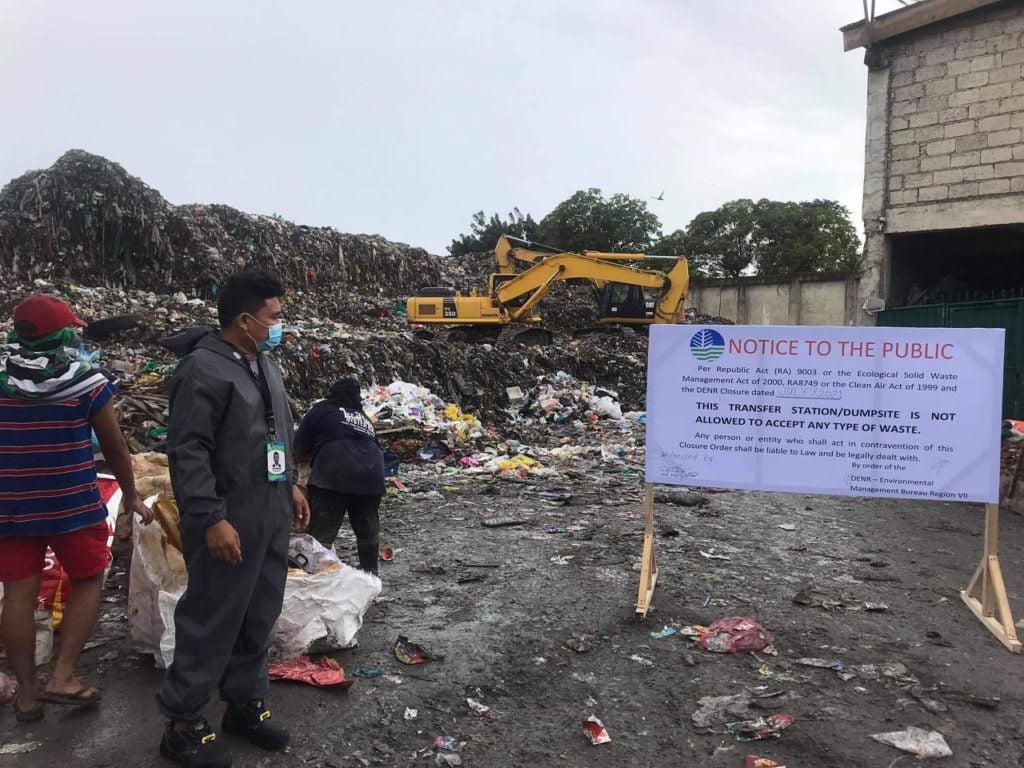 Notice of temporary closure can be seen in the Inayawan Transfer Station.

CEBU CITY, Philippines — Cebu City plans to hold an Environment Summit from March to April 2022 to discuss the solid waste management plan of the city.

The Commission on Audit (COA) has repeatedly reminded the city government of its lack of an approved ten-year solid waste management (SWM) plan.

Lawyer John Jigo Dacua, the head of the Department of Public Services (DPS), said that before Mayor Edgardo Labella died in November 2021, they were already in the process of revising the ten-year SWM plan for resubmission to the National SWM commission.

However, they faced intensive revisions on the plan since the Environment and Management Bureau (EMB) wanted technical changes on the transfer station in Barangay Inayawan such as putting a roof on the facility.

The EMB Regional Office in Central Visayas (EMB-7) even suspended the use of the transfer station due to multiple violations through a cease and desist order issued on July 2021.

Dacua said that the closure should have proved advantageous to the city because it could revise the 10-year SWM plan to remove the transfer station entirely in the process of waste disposal.

However, Typhoon Odette came and the destruction it caused prompted the need for the transfer station again because the Binaliw Landfill was closed due to damages in the road.

Shortly after the typhoon hit on December 16, 2021, Mayor Michael Rama requested a special permit from the EMB to use the transfer station, which means that the 10-year SWM plan has to be revised again.

With this, Rama has instructed the SWM Council to conduct an Environment Summit to coordinate the stakeholders and government agencies on a unified plan for solid waste management.

Reymarr Hijarra, who is tasked to lead the summit, said that the mayor wanted it to be hastened because of the need to create a comprehensive SWM plan.

The summit also aims to gather data on the current situation on garbage and waste in the city so that the steps the government will take will be “data-driven.”

Hijarra said that the 10-year SWM plan should be patterned on the actual waste production of the city’s residences and industries.

“The mayor wants us to tap on the technology including data. If we can have better data, we can equate it to better management. Maglisod tag manage kay wala tay mameasure,” he added.

The exact dates of the summit are yet to be announced, but Hijarra said all stakeholders are welcome especially public organizations, private organizations, and even businesses so they can contribute to the SWM plan of the city.