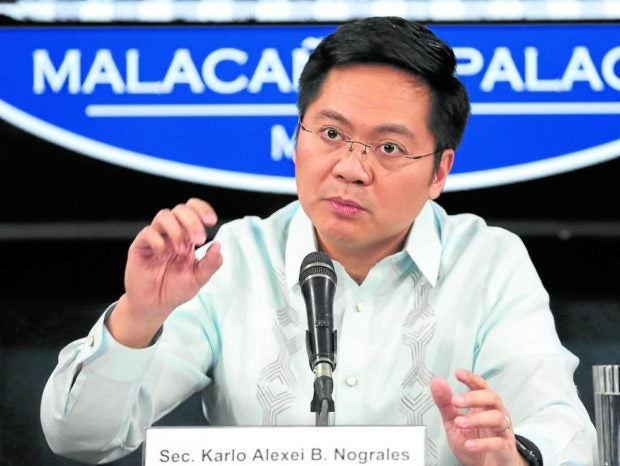 MANILA, Philippines — President Rodrigo Duterte is assuring the country of a “honest, peaceful, and credible” elections as he is set to pick new officials to fill in vacated seats at the Commission on Elections (Comelec).

This was according to acting Presidential spokesperson and Cabinet Secretary Karlo Nograles, who said on Monday that Duterte is committed to ensuring that the May 9, 2022 national and local elections would fully conform to the requirements of the law.

“President Rodrigo Roa Duterte assures the Filipino people that his Administration will ensure honest, peaceful and credible elections on May 9, 2022, adding that the conduct of the electoral exercise would fully conform to the requirements of the Constitution and law,” Nograles said in a statement.

Furthermore, the administration official said that Duterte’s selection-making process would be transparent, and that the appointment would be based on merit.

“The President has likewise committed that the selection of appointees to positions vacated by the recently-retired officials of the Commission on Elections shall be completely transparent, with candidates undergoing a stringent merit-based vetting process,” Nograles noted.

Duterte tapped Abas to serve as Comelec chair in 2017 — the first Muslim to be appointed at the helm of the Comelec.  Kho was also a Duterte appointee, while Guanzon on the other hand was appointed by late former president Benigno Aquino III.

The retirement of the three key officials have raised concerns from observers, as they fear that the election preparations might be affected given that the elections are only around three months away.

Last February 1, Nograles said that Duterte already has a shortlist for whom to appoint for Comelec’s vacant posts, and other constitutional offices — the Civil Service Commission and the Commission on Audit — whose heads are also retiring from their seven-year terms.

READ: Duterte has shortlist of nominees to replace retiring officials

Read Next
The myths of Edsa