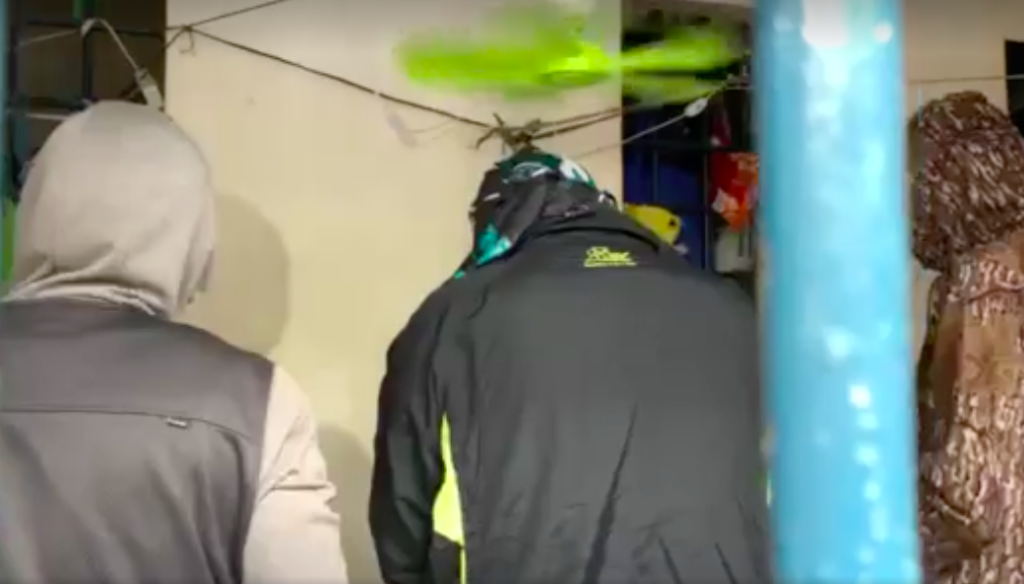 These are among the four police officers who voluntarily surrendered after being tagged in the killing of Ma. Louela and Pedro Baringui-a in San Fernando town, Cebu. They are detained at Camp Sergio Osmeña. | Morexette Marie B. Erram

CEBU CITY, Philippines—At least five policemen were linked to the killing of an aspiring councilor in San Fernando, Cebu and her husband.

Officials from the Police Regional Office in Central Visayas (PRO-7) on Wednesday, February 23, 2022, said they filed criminal cases against four police officers who voluntarily surrendered over the killing of Ma. Louela Baringui-an and her husband, Pedro.

“A criminal complaint for robbery with double homicide… dated February 23, 2022 has been filed against the four policemen and one dismissed officer by the San Fernando Municipal Police Station,” said Police Colonel Josefino Ligan, head of the Regional Police Investigation and Detective Management Division.

The four police are now detained in Camp Sergio Osmeña.

Police also said there is a fifth police officer allegedly involved in the crime.

In his extra-judicial confession, Catamora pointed to a certain Police Master Sergeant Alvin Enad from Ronda Police Station as one of their accomplices, said Ligan.

Enad reportedly was the one who secured a getaway vehicle for the group.

“The motive of the killing is robbery and incidentally, they shot the couple,” Vega said.

However, police said further investigation is still ongoing to determine other theories at play.

“But meron pa rin in-depth investigation to see if there are other possible personalities involved in the incident, and who might order the killing,” he added.

With the probe still ongoing, the top PRO-7 official said they still cannot conclude whether or not the crime is related to the upcoming elections.

Louela was an incumbent barangay councilor Balungag. She was aiming for a seat in San Fernando’s town council in the upcoming elections under the party of incumbent Mayor Neneth Reluya.

On the other hand, Vega said the five police officers named may also be charged with administrative cases and may be dismissed from service.

In turn, he warned other policemen not to engage in any illegal activities.

“There will be no let-up in PRO7’s Internal Cleansing Program. I will make sure there will be no stones left unturned against these erring policemen. May this serve as a warning,” said Vega.