GAB officials pose with Pilipinas Super League (PSL) officials during their meeting on Tuesday at the GAB office.   | photo from GAB press statement

CEBU CITY, Philippines — The Games and Amusements Board (GAB) welcomed two new basketball startups that applied for professional licenses for their respective leagues which are set to open this year.

Last year, FilBasket of former PBA player Jai Reyes was in hot water after GAB issued a cease and desist order when the former failed to submit the necessary permits and licenses to stage its inaugural season in Subic, Zambales.

However, FilBasket decided to formally transition from pro-amateur to a full-fledged professional basketball league under GAB’s supervision.

“We understand that not everybody can be accommodated in the PBA. It’s good that there are new and aspiring leagues that are taking the initiative to level the playing field for other athletes,” said Mitra in a statement.

During their meeting, FilBasket Chairman Buddy Encarnado and Reyes expressed remorse for the confusion which they blamed on a simple miscommunication.

Nonetheless, they are already processing their application for a professional license to stage their season on March 15 with 12 teams competing.

“Let us now put aside the past and focus on how we can provide opportunities for many more players to earn a livelihood in basketball,” Chairman Mitra added. 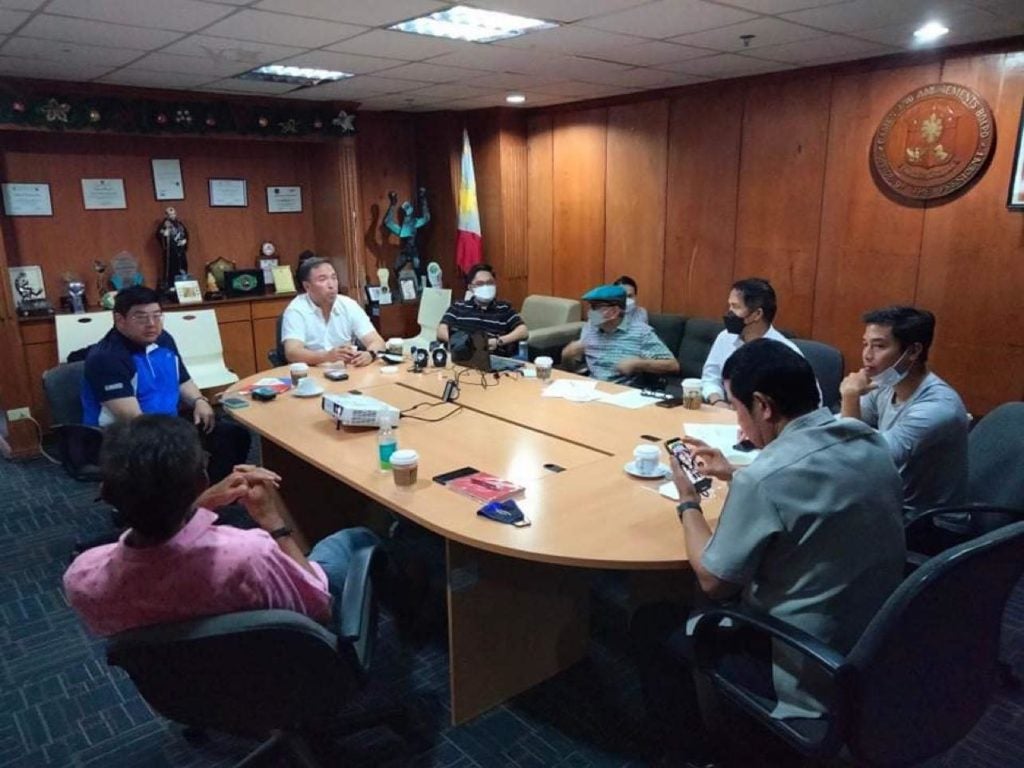 Meanwhile, PSL also applied for a professional license with GAB for its inaugural season on March 18 in Roxas City.

A total of 10 teams including the Lapu-Lapu Chiefs ARQ Builders of Cebu will vie in the PSL.   /rcg