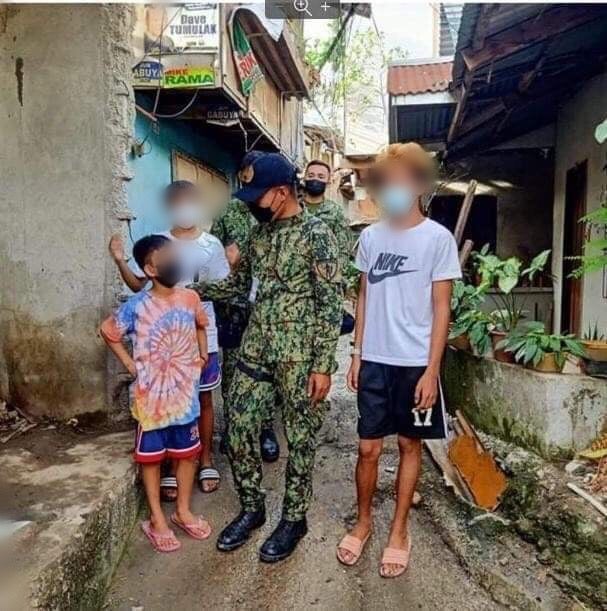 Cebu City police rescued minors after they were found loitering on the city streets on Monday, January 24, 2022. | File Photo courtesy of CCPO

CEBU CITY, Philippines —  Despite the lifting of major restrictions in Cebu City, police were still able to apprehend several violators of the minimum health standard protocols particularly among minors.

A total of 133 minors were rescued for various health protocol violations including the curfew and not wearing of face masks from Friday to Sunday, February 25 to 27, 2022.

On Saturday, February 26, the Cebu City Police Office (CCPO) rescued a total of 82 minors. For the next day, Sunday, an increase was observed with 13 minors rescued.

With these violations, Parilla reminds the public that even if one is already free to roam around the city, they still need to wear face masks considering that the threat of COVID-19 is still a concern.

(It’s not that, we are free to roam around, but we still need to wear a face mask especially in public places, and in public utility vehicles, so we are still implementing that.)

Parilla further mentioned that drinking of alcoholic beverages would only be allowed inside the vicinity of establishment or restobars.

He added that drinking in public areas would remain prohibited.

(It is still not allowed to drink in public places. Just go to the allowed places or establishments.)

Over the weekend, Parilla said that as expected, the convergence of people were observed after the city government lifted curfew on February 24, 2022.

He added, as early as three days after the announcement of the lifting of the curfew, the difference of convergence of people had already been felt and observed around the city.

(But the crowd was not as big as it once was, so the people are still cautious on the health protocols.)

Parilla said that the 120 police augmentation from Regional Mobile Force Battalion in Central Visayas (RMFB-7) were still in place pending the order from the regional headquarters.

According to Parilla, Cebu City Mayor Michael Rama has requested to retain the augmentation until May, during the election, but the regional headquarters have yet to decide on this.