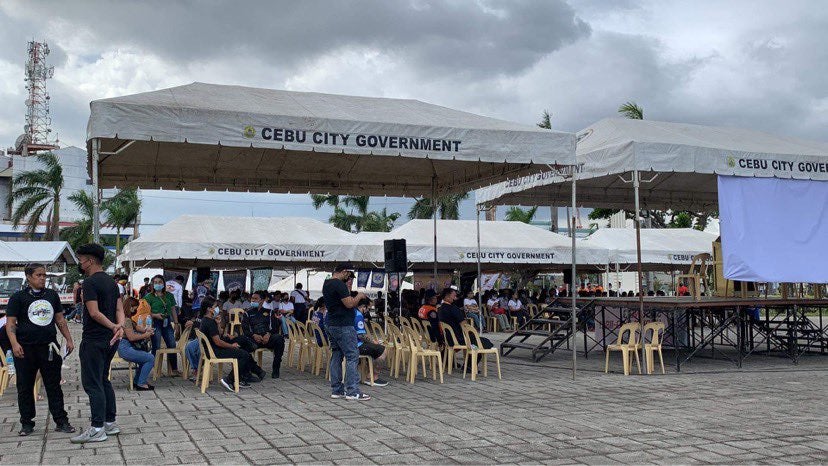 Members of Cebu City’s fraternity and sorority groups are being tapped as emergency responders through the Barangayan, Bayanihan, Bolontarismo program of the Cebu City Disaster Risk Reduction and Management Office. Shown in the photo is the program’s launch last March 4.

The program showcases the spirit of volunteerism among fraternities and sororities as they are trained to be emergency responders.

According to Martin Lorenzo del Rosario, the event’s organizer, the activity has been ongoing since the first wave of volunteers was launched on January 22, 2022.

The CCDRRMO and BFP recruited volunteers from the city’s fraternities and sororities as part of their preparation for Fire Prevention Month, anti-hazing legislation, and the ongoing rehabilitation for Typhoon Odette.

“It all started with General Comar’s (retired general Aderson Comar, CCDRRMO chief) initiative of tapping the different fraternities here in Cebu City…One goal is to take away the stigma of hazing within the fraternities,” del Rosario said.

The CCDRRMO invited base responders from the city’s 80 barangays.

The program hopes to build an additional network of close-knit emergency responders not only at the barangay level but especially at the sitio level.

“This activity today will help them trigger more their spirit of social responsibility in the community since we consider them as our force multipliers responding to the call of emergency residents in their own respective localities,” said del Rosario.

The training is in collaboration with the Bureau of Fire Protection Region VII and is one of the activities for Fire Prevention Month.  /rcg